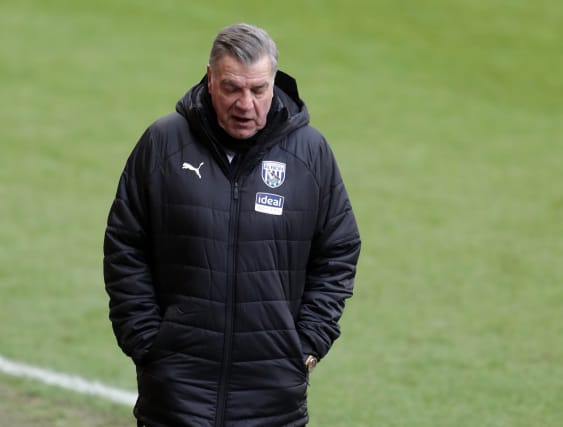 Sam Allardyce has questioned the need for new guidelines over goal celebrations which have been issued by the Premier League in a bid to limit the spread of coronavirus.

The West Brom boss says he is not sure why it makes any difference to prevent players hugging when they have already passed all protocols enabling them to play.

Nevertheless he has vowed to urge his players to comply with the guidance in a bid to prevent more controversy after an MP described the actions as “brainless” this week.

Allardyce said: “Certainly jumping on each other and hugging each other is out of the question now. I’m not sure why we’re in a bubble here and we get tested twice a week that it makes a difference.

“But if that’s what the protocols are we’ll try our best to adhere to it. But I can’t promise that anyone won’t get carried away if they score a goal.”

Chelsea head coach Frank Lampard also warned it will be difficult to “dictate emotion”, but accepted players have to take their responsibilities seriously.

“So to control the emotions is a fair ask, but to dictate emotion will probably be very difficult on the pitch,” he said.

“Let’s just see how this goes because as it goes along we will see if players can control it. I hope they can.”

Premier League managers and captains are attending a series of virtual meetings set up by the league on Thursday and Friday to talk through the new protocols.

All eyes will be on Anfield on Sunday as champions Liverpool welcome leaders Manchester United.

United midfielder Paul Pogba says players will change their celebrations to comply with the guidelines.

“These rules, we have to respect them and we have to do it for the safety of everyone. We have been doing very well in Manchester.

“I did have it but that was when I was home. It’s not a problem as long as everyone is safe and that is the most important thing.”

Lampard’s Leicester counterpart, Brendan Rodgers, said: “If players make mistakes celebrating a goal, it is an honest mistake. It is instinct, and an instinct for as long as they have ever known.

“But if it means not being able to celebrate a goal then it is something we have to look at and if it helps then we will do it for sure.”

Elite sport – including professional football – has been given the go-ahead by Government to continue despite a new national lockdown placing tight restrictions on many areas of life.

In that context, Julian Knight, the MP who chairs the Digital, Culture, Media and Sport committee, said players’ actions were indefensible.

“Some of the scenes we have seen have been brainless and give out an awful message,” he said.

EFL chief executive Trevor Birch warned his organisation’s clubs earlier this week they were “under the microscope” as never before.

At Premier League and EFL level, clubs are expected to investigate protocol breaches themselves, with the leagues then able to ‘come over the top’ if they feel not enough has been done.

Hospitals are struggling to cope with the demands caused by an increase in Covid-19 infections and death rates are worryingly high and predicted to get worse before they get better.

Knight said a decision on whether elite sport could continue was “a matter for governing bodies and the health experts”.

He cast doubt though on whether the existing plan for this summer’s delayed Euro 2020 could be executed.

He added: “I am beginning to wonder whether the likes of the summer’s rescheduled Euro tournament will be open to go ahead as planned across 12 countries.”

The semi-finals and final are due to be played at Wembley, with matches also set to take place in Amsterdam, Baku, Bilbao, Bucharest, Budapest, Copenhagen, Dublin, Glasgow, Munich, Rome and St Petersburg.

It was reported last year that competition organiser UEFA was considering the possibility of reverting to a single-host format, with 2018 World Cup hosts Russia in the frame. UEFA appears to remain committed to a 12-country event, and a decision will be taken on stadium capacities at the different host cities on March 5.

Aston Villa had a second Premier League match postponed inside a week due to ongoing coronavirus issues at the club.

Villa were forced to field a team of youth players during last week’s FA Cup third-round defeat to Liverpool after nine players and five staff tested positive for Covid-19, which also forced the closure of their training ground.

Wednesday’s Premier League clash against Tottenham was shelved, with the north London club going on to face Fulham instead, before Sunday’s fixture against Everton was postponed on Thursday morning.

Villa’s home clash with Newcastle – which was originally scheduled for December 4 before an outbreak at the north-east club – has been rearranged for Saturday, January 23.

Elsewhere, Carlisle’s next three Sky Bet League Two fixtures against Mansfield, Leyton Orient and Forest Green have been suspended due to a coronavirus outbreak.