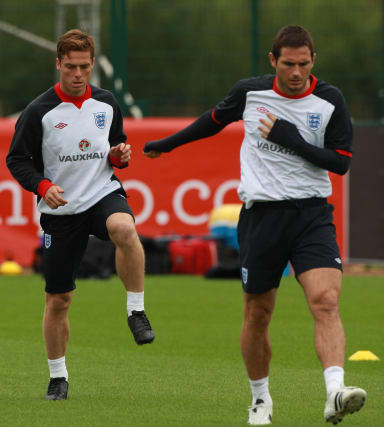 During his career, Parker briefly played alongside Lampard at Chelsea and again with the England national team.

Parker says even then he could see a lot of attributes which would help Lampard make his mark in management.

“(He had a) work ethic and a determination. (I have) massive respect for Frank as a footballer and the player he was,” Parker said.

“I was privileged enough to play with him but I’ve probably got more respect for a guy that had an unbelievable work ethic.

“He drove (himself) everyday in terms of his craft and wanting to get better and had a single-mindedness about him that got him the career he got.

“With those foundations and those abilities, I always knew that if that was a thing he wanted to go into in terms of management then he’d be successful because with those values you’ve always got a chance.

“So it doesn’t surprise me that he’s gone to Derby and does well and then gets the Chelsea job under tight restrictions last year in terms of what they had to go through and he did an incredible job with them. And the same this year really.”

Fulham have been boosted ahead of their clash with Chelsea by an impressive unbeaten run which stretches back to December 5, during which time they have held Liverpool, Southampton and Tottenham to draws.

Despite being only given 36 hours notice that their game against Spurs on Wednesday would be played, Parker’s men managed to come from behind to secure a hard-fought point and the manager wants his side to show the same quality against local rivals Chelsea on Saturday.

“We played exceptionally well, I said that under tough circumstances from our point of view but I thought in terms of the quality we showed and the quality we’ve shown over the last few games shows confidence,” the Fulham manager said.

“To go unbeaten in this division for a team like us over a sustained period of time now against some very good opposition that shows how far we’ve come.

“No denying the weekend is another massive massive task for us and a big, big challenge because Frank and Chelsea and the quality they possess can hurt you and it’s a tough game for us.