How Premier League teams celebrated their goals after Government warning 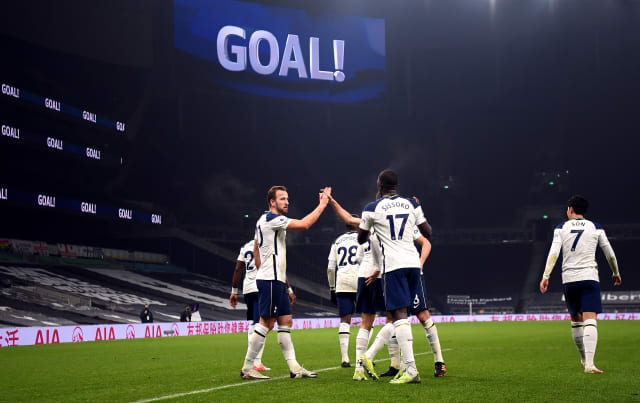 The Government told Premier League players to stop celebrating goals in groups as the country battles the coronavirus pandemic and remains in lockdown.

The rate of infection has risen since a new strain was detected towards the end of 2020. Even clubs have seen a spike in cases that has led to games being postponed – some at the eleventh hour.

Two Premier League games were played on Wednesday night and the PA news agency looked at how the goals were celebrated.

Although amid renewed calls for players to curb goal celebrations, almost every single outfield player congratulated Phil Foden on his 44th-minute goal. The large group hug that formed may attract scrutiny.

City boss Pep Guardiola said in his post-match press conference: “We are tested maybe five or six times in the last 10 days. Everyone is negative. In the real moment of joy, in the moment, to say the players don’t hug and celebrate together, it is instinct and reaction. It is difficult.

“The moment you score a goal and one guy runs and the others don’t go to celebrate with him, it is weird and uncomfortable.”

Prior to the game, Spurs striker Harry Kane told Amazon Prime his team would “abide by the rules” and just give each other “a few high fives”. He was true to his word.

The England captain opened the scoring and the celebrations were fairly subdued, but Son Heung-min, Sergio Reguilon, Harry Winks, Tanguy Ndombele and Moussa Sissoko all went up to congratulate him with fist bumps and high fives.

However, when Ivan Cavaleiro equalised for Fulham, there was lots of very close hugging to celebrate the goal with several players involved.