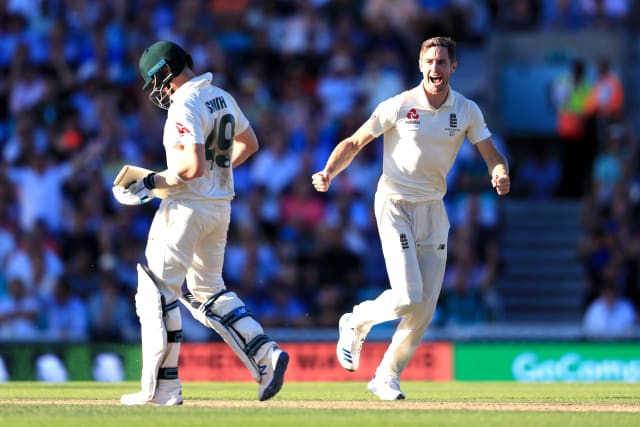 Chris Woakes feels the debate over Steve Smith’s controversial actions on the final day of Australia’s drawn Test against India has been “blown up a little bit”.

Smith was filmed by the stump camera scratching at the crease line with his boot during Rishabh Pant’s vital knock of 97 in Sydney, with his intentions the subject of much partisan discussion.

For some it appeared to be an attempt to obscure’s the marks made by Pant to take guard, a dubious action for a player who has appeared contrite since his role in the sandpaper scandal, while others have suggested it was merely the work of a notorious batting obsessive visualising being at the crease.

That is the line taken by Australia captain Tim Paine, who admitted he had been guilty of poor conduct in the match but sought to absolve Smith of the same charge.

The incident was noted by the England squad in Sri Lanka, who are due to play both India and Australia in high-profile series over the next year, but Woakes suggested it was hard to take a strong view either way on Smith’s actions.

“It’s hard for me to sit from here watching from a million miles away and say he was doing it to get into the Indian batsman’s mind,” he said.

“The fact that it’s such a big series, a big player and a big moment probably has meant it’s been blown up a little bit. But look, there’s only one person who knows whether he was doing it to affect the opposition batsman or not, and that’s Steve himself.

“Everyone’s got their opinions but it’s one of those things that a lot of the time that might go unnoticed. In such a big occasion it’s easy to jump on it.”

Paine, whose installation as national skipper only came after Smith was sacked then banned following the ball-tampering furore in 2018, had earlier volunteered himself for a press conference to address his team’s on-field behaviour at the SCG.

On Smith, he said: “I have spoken to Steve about this, and I know he’s really disappointed with the way it’s come across. He was certainly not changing (the) guard, and I’d imagine if he was then the Indian players would have kicked up a bit of a stink at the time.

“When he’s in the field, he likes to walk up to where he bats and visualise how he’s going to play. That’s something I have seen Steve do many times.”

Paine’s behaviour as the Test built to a thrilling conclusion was also questioned after a heated verbal exchange with India’s Ravichandran Ashwin, who was called a “d*******” by the increasingly-agitated wicketkeeper.

Paine, who was fined 15 per cent of his match fee for showing dissent to an umpire earlier in the Test, dropped three catches behind the stumps on day five.

He has been widely credited with improving Australia’s reputation following the ball-tampering saga in Cape Town in 2018 but told reporters he had let his standards slip.

He said: “I’m someone who prides themselves on the way I lead this team and that was a poor reflection.

“My leadership wasn’t good enough, I let the pressure of the game get to me. It affected my mood and then from there affected my performance.

“I said to our players ‘I’ve had a really poor game as a leader’. I let our group down. I’m human, I want to apologise for the mistakes that I made.”