Jose Mourinho guards against sympathy for Fulham ahead of rearranged fixture 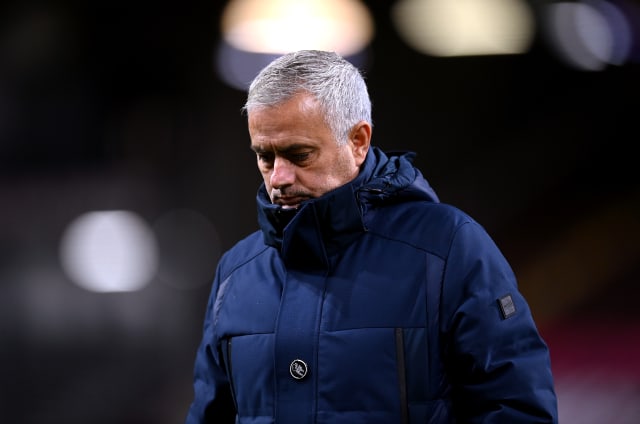 Tottenham boss Jose Mourinho says Fulham should apologise for complaining about their hastily rearranged fixture if they name a strong side on Wednesday night.

Cottagers boss Scott Parker branded the decision to shoehorn the Premier League match into a Wednesday night slot at just 48 hours notice as “scandalous”, but it is falling on deaf ears as far as Mourinho is concerned.

The game was due to take place on December 30, but it was called off less than three hours before kick-off after the Fulham squad had a coronavirus outbreak.

And after Spurs’ scheduled game at Aston Villa on Wednesday was called off for the same reason, the Premier League moved quickly.

Mourinho said: “In relation to Fulham, I think we should wait for tomorrow. We should see their team, their starting line-up, their bench, the players that start, the players on the bench, and the players not involved in the game.

“And after that we can all feel sorry for them. Or we can all think that they shouldn’t speak.

“My feeling is just my feeling. It’s that they will play with everybody. Maybe one player out. Maximum two.

“That’s just my guess because all this is confidential information and we don’t have access to any of this. It’s just a feeling that I have, the best Fulham will be here, so when we see the best Fulham, then you realise lots of things don’t make sense.

“We played, if I’m not wrong, 10 more matches than Fulham since the beginning of the season.

“We played every week, three matches a week. We played, in one week, four matches. They played Saturday against QPR. In London.

“If they come with their best, I think they should apologise to all of us. Come on, let’s play football.”

Mourinho says the Premier League has moved the goalposts by allowing games to be postponed when it was agreed at the start of the season that they would go ahead if sides had 14 players available.

With a congested schedule for most teams in the second half of the season, he says there is no room for manoeuvre, which will leave some teams unhappier than others.

He said: “Look, since the pre-season when I was told that if you have 14 players available, you play football. Since that moment, I thought, ‘We are going to play, we are going to end the season and we are not going to have problems’.

“That rule, if we can call it a rule, for some reason changed. We had some matches postponed. And since that moment, the situation became a little bit more difficult.

“Then, we needed leadership. We needed decisions to be made. And if we all are very selfish, or if you all want the perfect situation for ourselves, it is going to be very, very difficult for the Premier League to make it amazing for everyone.

“That’s obvious. I can also ask why Aston Villa played against Liverpool in the FA Cup. But Aston Villa doesn’t play against me tomorrow.

“Of course, Aston Villa have very good young players and they played beautiful game against Liverpool. But I would love to play tomorrow against that Aston Villa.