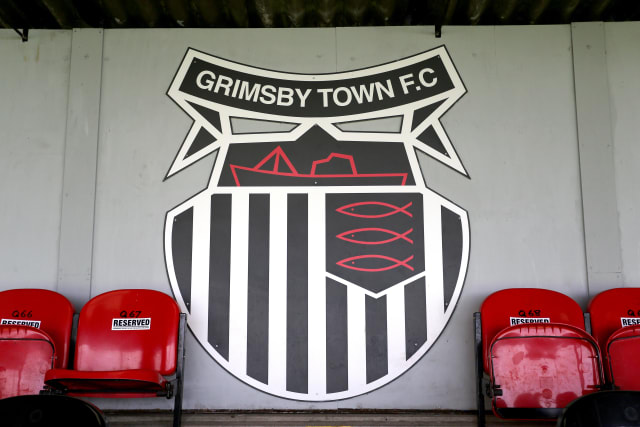 Grimsby have been sanctioned by the EFL for several breaches of Covid-19 protocols, which included former manager Ian Holloway playing darts with members of his squad.

The League Two club were forced to request the postponement of three matches earlier this season.

Investigators appointed by the EFL found that had the club adhered to the protocols there would have been no requirement for all their players to self-isolate when one of them tested positive.

The news concerning Grimsby comes as EFL chief executive Trevor Birch wrote to clubs warning the competition would come under pressure from the Government to stop playing if they “continued to flout the rules”.

Holloway’s darts sessions took place without the board’s knowledge, Grimsby chairman Philip Day told the BBC, while it is understood the investigation also found playing staff were involved in car-sharing.

“Quite honestly this should not have happened,” Day said.

“We’re disappointed because, prior to the players returning to training, we had put in place protocols which were approved by the EFL and we gave a full morning’s training to the staff and players to ensure they were fully conversant with the protocol.

“(Holloway) used the playing of darts to build up team ethos and sadly he shouldn’t have done it.”

Grimsby said they had been handed a £4,800 fine suspended until the end of June for the breach, while the EFL said the investigation process around other Covid-related postponements was reaching a conclusion and “proposed decisions” had been shared with the clubs involved.

The EFL said the names of the clubs would not be announced, choosing instead to share the information with member clubs only in accordance with its regulations.

Elite sport has been allowed to continue despite the country being placed in a new national lockdown designed to slow down the rate of Covid-19 infections in the UK, which are being driven by a variant, highly transmissible strain of the virus.

However, a number of on and off-field incidents, along with an increase in positive test rates among players, means the professional game is under greater scrutiny from the Government and the public.

“Throughout the pandemic, football has provided a glimmer of hope for many millions of people affected by restrictions but we all understand the scrutiny the game remains under and we will come under extreme governmental pressure if we continue to flout the rules,” Birch wrote to EFL clubs on Monday.

There were high-profile instances of Covid-19 protocols being breached by EFL clubs over the FA Cup third-round weekend. QPR admitted they should not have allowed former player, Eberechi Eze, to attend their tie against Fulham, while Crawley’s exuberant celebrations of their upset win over Leeds also went against rules around social distancing.

“While football is permitted to continue the actions of all participants will be clearly under the microscope, whether this be in technical areas, dugouts, or in relation to general behaviour and interaction between players on the pitch and staff off it,” Birch added.

Brentford’s Championship matches against Bristol City on Wednesday and Reading on Saturday have been postponed due to recent positive Covid-19 tests at the west London club.

The Football Association also confirmed on Tuesday afternoon that the FA Youth Cup had been temporarily suspended.

Meanwhile, Premier League side Brighton’s Amex Stadium is to be used as a training centre for those who have volunteered to administer coronavirus vaccine.

A range of sports venues are now involved in the nationwide vaccination rollout programme, including Lord’s cricket ground and Manchester City’s Etihad Campus.