What do Sheffield United need to do to survive in the Premier League? 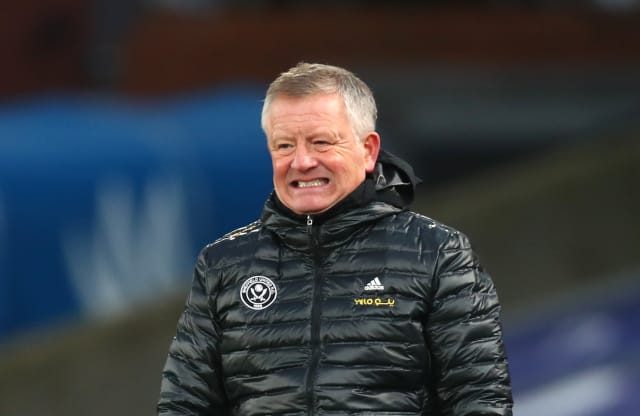 Sheffield United finally recorded their first win of the season in Saturday’s FA Cup tie at Bristol Rovers – but now the attention turns back to their Premier League rescue mission.

The Blades prop up the table after no wins and just two points from their first 17 games, the longest ever winless start in the Premier League.

Here, the PA news agency tracks how Chris Wilder’s side compares to other notable strugglers – starting with the most famous of them all.

Derby’s 2007-08 season still stands out in Premier League history, as they managed just 11 points in 38 games – four fewer than any other team in the Premier League era.

Their sole win actually came early in the season, beating Newcastle 1-0 in their sixth game, meaning even they had six points after 17 games – one more than Sunderland’s five in 2005-06. The Black Cats’ eventual 15 points was the second-lowest total in Premier League history.

Derby’s draw with the Magpies in their next match lifted them to seven but they managed only four more draws the rest of the way. A miserable season saw them concede six goals on four separate occasions – against Liverpool, Chelsea, Aston Villa and Arsenal – five in their other meeting with the Gunners and against West Ham, and another three four-goal hauls.

The Blades have been nowhere near as bad defensively, letting in 29 goals in 17 games and more than two on only three occasions, while 11 of their 15 defeats have come by a single goal.

They have scored only eight at the other end, though, David McGoldrick with four of those as big-money summer signing Rhian Brewster still seeks his first goal.

Of course, the Blades’ aim is not simply to avoid Derby’s record – and survival seems a long way distant.

The lowest ever points total for a team to stay in the Premier League was 34, by West Brom in 2004-05, meaning the Blades would need 32 points from their remaining 19 games to match that.

Albion were on 10 after 17 games, albeit with only one win, and no team has survived after having fewer points at this stage – Southampton also had 10 on their way to a 17th-placed finish in 1998-99, as did eventual 14th-placed finishers Sunderland in 2013-14 and Leicester the following year.

This season’s Baggies are also languishing in the relegation places and, though not as far adrift as Wilder’s side, their eight-point tally gives obvious cause for concern.

Fulham, in the final relegation place, have 11 with two games in hand on Brighton, the last team above the survival line on 14 points.