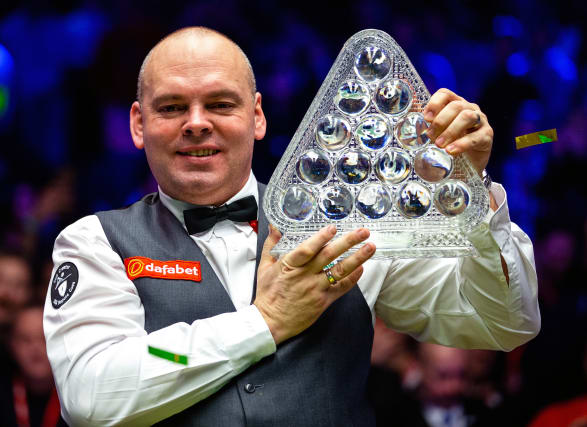 Defending champion Stuart Bingham shrugged off a stirring comeback by Thepchaiya Un-Nooh to book his place in the quarter-finals of the Masters in Milton Keynes.

Bingham saw a 5-1 advantage shrink to 5-4 after missing a chance at a maximum, but took advantage of some rash decision-making from his Thai opponent to edge over the line.

Bingham, who beat Ali Carter to claim last year’s title, fired a break of 114 in the third frame and appeared set to round off his win in style with another 147.

However, a positional error on 64 denied Bingham what would have been his second maximum against the same player within a week after achieving the feat in last Monday’s Championship League.

Bingham was made to pay as Thepchaiya produced a brilliant clearance of 68 to take the frame, and subsequent breaks of 80 and 113 to reduce the deficit to one.

However, a rash decision to take on a pink in the 10th frame left the way open for a relieved Bingham to take his chance to get over the line.

Afterwards Bingham insisted this year’s tournament has not been devalued by the enforced withdrawals of world number one Judd Trump and Jack Lisowski due to positive coronavirus tests.

Bingham said: “It is obviously a blow to the tournament with the world number one and probably the favourite to win it, but life goes on.