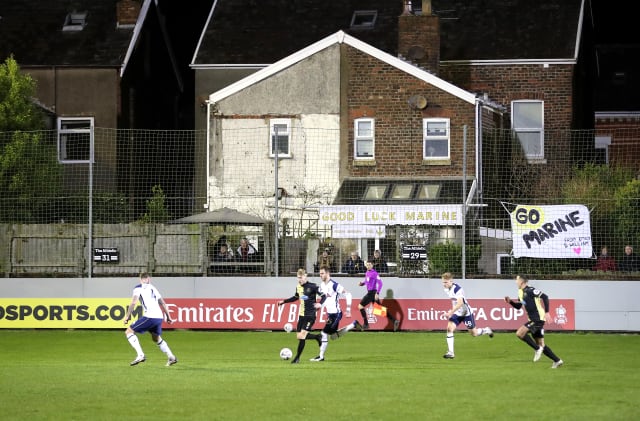 Here, the PA news agency looks at some of the best examples from January 10.

Jamie Carragher wore his colours – all of them – to show support Marine in the FA Cup.

Fans lined the streets to get a glimpse of Jose Mourinho’s Tottenham.

Pointless host Richard Osman made a joke about Homes Under the Hammer presenter Dublin, who commentated on the tie.

And nor will Tottenham’s Alfie Devine.

Leeds fan Monty took a leaf out of Bielsa’s book.

Mark Wright made his Crawley debut in the shock win over Leeds.

Which Town revelled in.

Soccer Aid’s social team was delighted with Wright’s debut – he has made several appearances for England in the charity match over the years.

Mauricio Pochettino was delighted to get his first win at PSG.

Scott Twine continued his personal goal of the season contest.

James Anderson and Joe Root had a net in Sri Lanka.