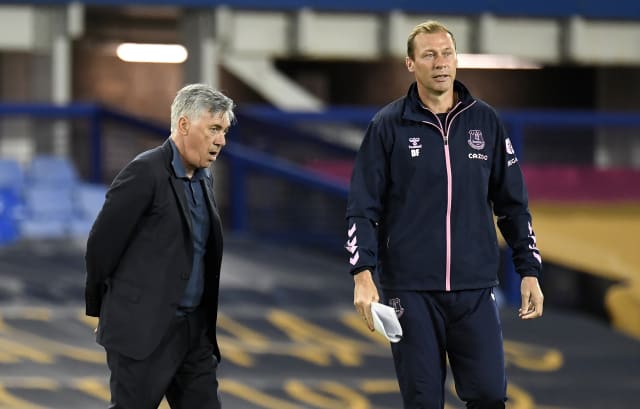 Assistant manager Duncan Ferguson admits Everton’s failure to finish off Rotherham left them fearful of a late FA Cup shock after the Toffees scraped through 2-1 after extra-time.

Manager Carlo Ancelotti made eight changes but saw his side labour against a side second-bottom of the Championship as Abdoulaye Doucoure scored the winner three minutes into the additional period.

Matt Olosunde’s first senior goal had cancelled out Cenk Tosun’s early opener as the Millers pushed their Premier League opposition all the way.

“It was a tough match so you are always fearing the worst when they got a corner in the last minute so it was a wee bit of relief,” Ferguson said.

“I thought we started the game well, got an early goal, Cenk took his goal well. I thought we had the best of the first 25 minutes and then Rotherham came back, pushed us all the way and got the equaliser.

“It was a tough game for us and one we were delighted to get through.”

Tosun scored his first Everton goal since November 2019 and Ferguson was pleased to see the Turkey international back on the scoresheet.

“I thought he took his goal well, did well, finished the first one off and was unlucky with the second but it was a good finish,” he added.

Rotherham boss Paul Warne felt had his side won, there would have been no complaints.

“I was really pleased. The only disappointment for me was the first five or 10 minutes, I think we showed them too much respect which I warned them about in the dressing room,” Warne said.

“I thought we took the game to them after we conceded and I thought we were the better side in the first half.

“We could have got a 2-1 in and no-one would have complained about it.

“For us to come here and compete against a team three or four points off the top of the Premier League shows how well we performed today so I am proud of that.”