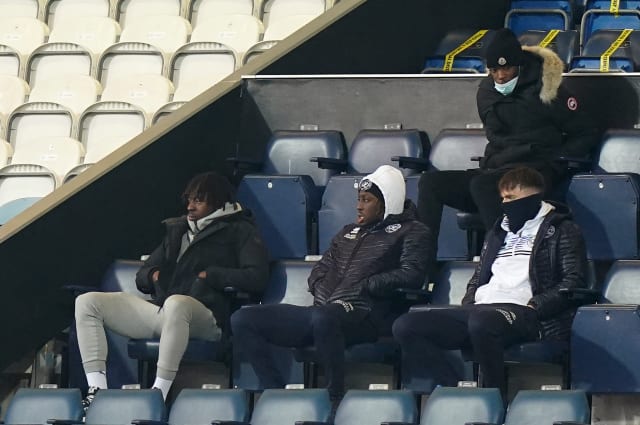 Eberechi Eze paid his former club QPR a visit on Saturday in a move which may not go down well with his current side Crystal Palace.

The winger, who joined Palace from Rangers for £20million this summer, sat in the directors’ box at Loftus Road as the Hoops played Fulham in the FA Cup, behind closed doors.

Palace boss Roy Hodgson this week made it clear to his players that no further breaches of Government coronavirus guidelines will be accepted after captain Luka Milivojevic breached the rules on New Year’s Eve.

Milivojevic issued an apology on Wednesday after his household mixed with Fulham forward Aleksandar Mitrovic and his family.

Palace were unavailable for comment about Eze’s visit to Loftus Road on Saturday evening.

QPR boss Mark Warburton said: “I’ve no idea whether he broke protocols or not. You’d have to ask our health and safety officer because that’s above my pay-grade.

“I want to talk about the game. What other players do in their own time, I can’t comment on that. It’s not my area of expertise. Far from it.”