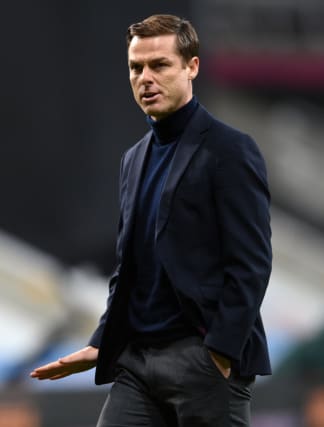 Fulham’s forgotten men will get a rare chance to impress, and maybe secure a move away, when they head to QPR in the FA Cup.

The Cottagers, still reeling from the Covid-19 outbreak which saw their last two Premier League fixtures postponed, will use the third-round tie against their Championship neighbours to give fringe players some game time.

“I don’t want to mention names but in terms of the squad, there are a lot of numbers here and I’m managing a big squad with numbers who want to play football,” said Parker.

“The cup brings a game here for us now where, without the game, we’d have gone three and a bit weeks without playing.

“It’s a good opportunity to use what we’ve been working on over the past couple of weeks in training, but it gives us a chance to use the squad, give people games and keep developing as a team.

“There will be an opportunity to play players who have not played as much. That’s not being disrespectful to the competition in any way – we’ll play the strongest team possible with an eye on the following week and the fixtures coming up.

“After the last two weeks, the team will be the team that needs to play really.”

Staying in the Premier League remains the clear priority for Parker, whose side’s next two matches are against Chelsea and Manchester United.

“We’ve got some big games coming up, there’s no denying that our focus is the league,” he added.

“Our squad is not blessed in terms of big, big numbers in the sense of quality. In saying that we’ve had two weeks off and need to get right back up to speed.

“It will be the best team and squad to win the game as well as take into consideration the big fixtures and a lot of fixtures we’ve got coming up really.

“Should we win? On paper, maybe. There are surprises and shocks in the FA Cup, not that this would be a big shock.

“We played QPR in the Championship last year and had two very good games. Both were tough. It will be a tough game.”