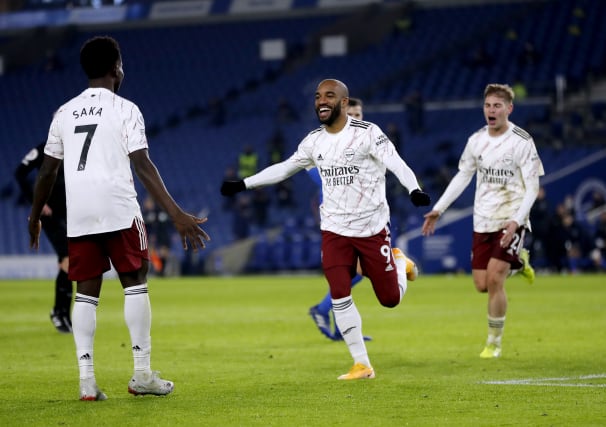 Arsenal boss Mikel Arteta has praised the recent impact of the club’s younger players, but warned they will need to be managed correctly to enhance their development.

The Gunners begin their FA Cup defence on Saturday when Newcastle visit the Emirates for a third-round tie with the hosts out to secure a fourth successive win in all competitions.

Before a Boxing Day victory over Chelsea, Arteta’s side had gone seven matches without a Premier League win, but the introduction of 20-year-old Emile Smith Rowe and Gabriel Martinelli, 19, into the XI has coincided in an upturn in form.

In addition to teenager Bukayo Saka, who has become a regular during the last 12 months, there is a youthful feel to Arsenal’s attack, but the manager has highlighted the importance of bringing youngsters in and out of the side.

“Bukayo is doing what he is doing because last year in certain moments he was managed and he was changing different positions,” Arteta said.

“People would say ‘why? He needs to stick to one position’ but no he needed to get richer in his understanding of the game. ‘He’s always a left-back, he needs to play left-back or on the left’ but no he can play as an attacking midfielder as well.

“Then we see the cohesion he finds within the team and the position where he can be a game-winner, which he has the ability to do.

“Where is that position? Where are we missing a player like him? Then we try to fit him in and then we give him the games and consistency in the position, but first we have to find it.

“With Emile it is a little bit simpler with his position, but with the game time again we have to manage that and the same with Gabi.”

Arteta has also turned to the likes of 23-year-old Ainsley Maitland-Niles and 21-year-old Joe Willock from the bench in recent games, sometimes over high-profile signings, and admitted they have all brought new energy to the squad.

He added: “You use the right word which is enthusiasm and that needs to flourish sometimes in a team when it is a little bit concerned and has some fear because of the results and pressure.

“I think they were really helpful because they re-energised the team and pushed the team in a different direction and different rhythm.

“Obviously young players need that solidity and experience and maturity the experienced players bring, so it is a good combination.”

Thomas Partey could return from a thigh injury while the likes of David Luiz and Willian will hope to feature from the off against Newcastle.

It could mean Smith Rowe is rested after starting three consecutive games for the first time in his Gunners career.

Back in 2017 the academy graduate was part of the England side to win the Under-17 World Cup alongside Phil Foden and Jadon Sancho, but numerous setbacks in the ensuing years have restricted his game time in comparison to the aforementioned duo.

“He has huge potential, he really wants it and he has the personality when he goes on the field to express and play the way he can play,” Arteta said.

“To do it in a consistent way is a different thing. The boys you mentioned they have done it. It is true they are ahead of their development phase because they play many more games and minutes in the last two seasons.

“But he is capable of doing that. Whether he is going to do it? It depends on how he continues to develop, how he takes the chance he has in front of him and how much we can help him achieve that.”