Covid creates questions over whether Premier League should be suspended 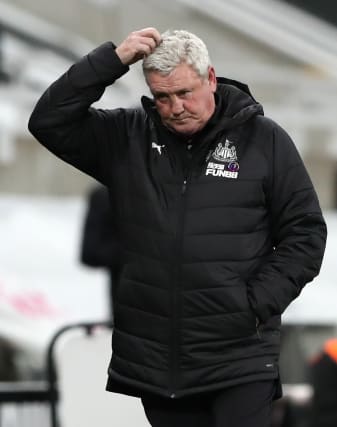 Premier League managers have debated the merits of continuing the season amid a coronavirus resurgence which continues to wreak havoc with scheduling at all levels of the English game.

Aston Villa’s FA Cup tie against Liverpool on Friday night is set to go ahead even though nine players and five members of staff at the midlands club are understood to have tested positive for Covid-19.

Villa will field a line-up featuring under-23 and under-18 players for the cup tie, but question marks surround their ability to fulfil the Premier League fixture against Tottenham on Wednesday and the following weekend’s game against Everton.

Spurs already face a punishing schedule due to European and other commitments plus the postponement of their recent match against Fulham, who suffered their own Covid outbreak.

Tottenham boss Jose Mourinho said the situation facing his club was “impossible”, while his Newcastle and Leeds counterparts Steve Bruce and Marcelo Bielsa said there was a moral argument to suspend competition.

Bruce, whose club were forced to postpone a Premier League match against Villa last month, said: “We have had two players who were very, very sick and one or two members of staff who were nearly hospitalised.

Top-flight clubs were emailed details of tightened protocols on Thursday, which include allowing Covid compliance officers access to dressing rooms where requested and making it mandatory for substitutes to wear face coverings when sat in the stands.

Chelsea boss Frank Lampard said: “We have to toe the line, we have to try to keep playing. Safety must come first.”

The league clearly hopes these improved safety measures will enable it to continue, and if the season was to be paused it is difficult to see how it could be completed, with the rescheduled Euro 2020 due to start in June allowing no room for manoeuvre.

Burnley manager Sean Dyche suggested players could be vaccinated and to plough the money saved on testing into the NHS.

The Clarets boss said: “I appreciate some people will be surprised by that comment and people will say: ‘Why should footballers get vaccinations?’

“But the amount of money being spent on testing in the Premier League, if that was channelled back into the NHS and into the vaccination system, surely that’s a better place to be than continually testing footballers.”

The EFL has also been hit by a raft of postponements over the last month, and on Friday it announced there had been 112 positives from 3,507 tests carried out on players and staff from 66 EFL clubs in the last week.

It is understood almost a third of those cases centred on three clubs with most averaging one or two, but nevertheless it remains a concern.

The competition will introduce mandatory twice-weekly testing from next week, funded by the Professional Footballers’ Association.

While Villa’s tie against Liverpool is on, Shrewsbury’s trip to Southampton has been postponed due to a coronavirus outbreak at the League One club. The Football Association’s Professional Game Board will make a decision early next week as to what will happen with the fixture.

Like Villa, Derby will field a youth team in their cup tie against Chorley. Middlesbrough have seen preparations for their game at Brentford on Saturday disrupted by a series of positive tests, while Bees head coach Thomas Frank has also tested positive.

Lower down the pyramid, the boards of the Northern Premier League, the Isthmian League and the Southern League have made a united call for their seasons to be declared null and void.