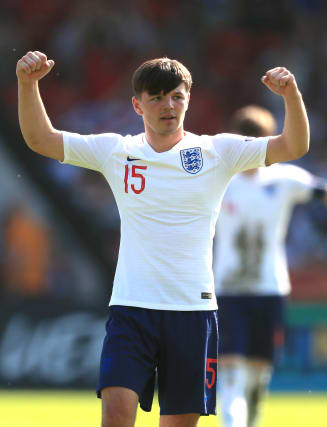 Pat Lyons has challenged Derby’s youngsters to “grasp” a rare and unexpected opportunity when they travel to non-league Chorley in the FA Cup third round.

Derby will be without their entire first-team squad for the televised tie at lunchtime on Saturday as a coronavirus outbreak this week has led to all players and coaches within that bubble going into self-isolation as a precaution.

Lyons, who alongside fellow development coach Gary Bowyer will take the reins in the absence of interim manager Wayne Rooney, estimates that of the 22 players he has available, only eight are from the under-23s.

That means at least three of the individuals who start this weekend will be from the under-18s and although Lyons admitted Chorley must now be considered the favourites, he wants his callow side to take their chance to impress.

“It’s going to be a big ask but it’s an unbelievable opportunity for the players on that platform to go and perform in the FA Cup third round, something that can never, ever be taken away from them,” Lyons said.

“They’re excited, they’re nervous but we’re up for the challenge on Saturday. We know we’re going to be underdogs and that is going to inspire the players to go again even more. We’re just excited by the opportunity.

“Opportunity is massive in youth football. There are times where you can be at a club where they’ve spent millions of pounds and there’s not an opportunity to get through, it’s blocked up.

“This is an opportunity that we’ll explain to the players: ‘The whole world will be looking on Saturday, go and surprise them. This is your platform, you wanted this opportunity, go and grasp it. You’ve got to go and leave everything on the pitch. Have no regrets when you come off that pitch’.”

Lyons, who revealed he was told he would be taking charge alongside Bowyer by Rooney on Tuesday, says his group have trained this week on astroturf at a local school as well as at St George’s Park – the national football centre.

“Ultimately we’re not just going there to make up the numbers, we’re going there to put on a performance that we can be proud of and if that is good enough to win the game then that will be brilliant,” Lyons added.

“We have to believe we can win it. But we know it’s going to be a big challenge; Chorley have had an unbelievable run (to reach the third round), beating two League One teams in Wigan and Peterborough.”

Lyons confirmed former Liverpool striker Bobby Duncan is in the squad and in line to make his debut following his move from Fiorentina in September.

“Bobby is in the squad,” Lyons added.

“Someone will surprise us and the lot of them might surprise us on Saturday with how they perform and use this moment in their careers so early on.”