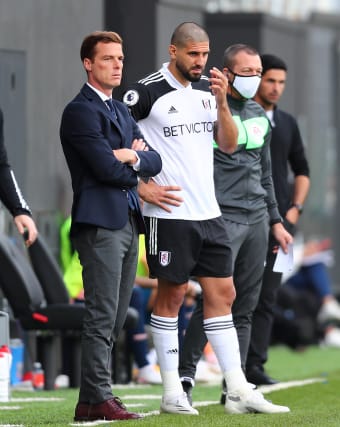 Cottagers striker Mitrovic was one of a number of high-profile players to have broken coronavirus restrictions over the festive period when he was pictured with Crystal Palace captain Luka Milivojevic on New Year’s Eve.

The incident was particularly galling for Parker, who himself had to self-isolate over Christmas after a member of his household tested positive, while Fulham’s last two matches were postponed due to coronavirus cases among the squad.

“I’m disappointed,” said Parker. “Myself and the football club were bitterly disappointed to see the picture of Aleks.

“He understands he’s made a mistake. He understands it was irresponsible. It’s not acceptable. We’ve dealt with that as a football club internally.

“Like anyone, you make mistakes and the one Aleks has made, he’ll have to live with the consequences.”

Parker has urged footballers to take responsibility for their behaviour away from the training ground.

A handful of players from Tottenham, West Ham and Manchester City were also were caught ignoring the regulations over Christmas.

Parker added: “The responsibility is not just on football players but on everyone in this current climate.

“There are strict guidelines and restrictions in place for the reasons we all know. It goes for everyone.

“We’ve got strict protocols, what you can and can’t do, we get tested twice a week, but of course players need to take responsibility when they leave the premises or come out of our bubble in terms of what they are doing and who they are mixing with.”

Parker is looking forward to Fulham getting back into action after their unwanted winter break when they travel to west London neighbours QPR in the FA Cup on Saturday.

“We’ve had a bit of a rough time of late considering what’s happened in terms of the squad  and some positive tests,” he said.

“We’re getting up to speed, slowly improving, getting people back. It’s been a difficult time but it is what it is.

“We have used the time. In terms of the numbers we have had it’s been difficult because we’ve not had a full squad to use, but we’ve got some really good work in.

“We’ve got a game at the weekend which we can get back on to things and start playing again, and that’s vitally important for us.”