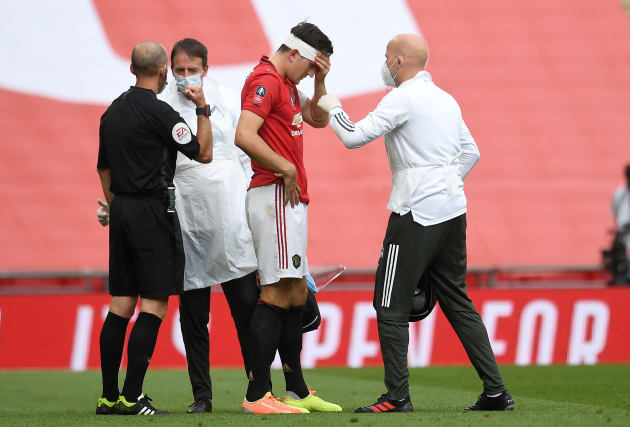 Concussion substitutes will not be used in the FA Cup third round, the PA news agency understands.

The Football Association announced last month its intention to trial the use of up to two additional permanent concussion substitutes per team in its flagship competition at “the earliest possible stage”.

However, it is understood the full protocol has not yet been received from the game’s law-making body, the International Football Association Board (IFAB).

That means the trial will not begin until the fourth round at the earliest.

FA chief executive Mark Bullingham said last month: “In terms of how quickly we can bring it down, we’ve got to wait until IFAB writes up the protocol.

“If we’re talking about the FA Cup, it will either be the third round or fourth round depending on how quickly we can process everything.”

Under the protocol, the opposition is allowed to make a change to compensate for each concussion substitute used.

The IFAB protocols have been criticised by neurologist Dr Willie Stewart, who does not think they do enough to protect players from the risk of secondary concussion and described them as “putting lipstick on a pig”.

Along with world players’ union FIFPRO, Stewart has called for a longer on-pitch assessment period.

Bullingham defended the protocol when he talked about it last month, adding: “I’m really surprised this is seen as a cop out. I see this as going further.

“We’re taking any player that is suspected of concussion off the pitch. I don’t follow the logic there.

“I understand there are two models that have got different values but, from our point of view, we see this as a stronger model, the safer model, and that’s what we’re being advised by the medical experts.”

Clubs will be able to use up to five substitutes in a match after the FA adopted the temporary amendment to the laws of the game, with nine subs permitted on the bench. There will be no additional changes allowed if a match goes to extra-time.