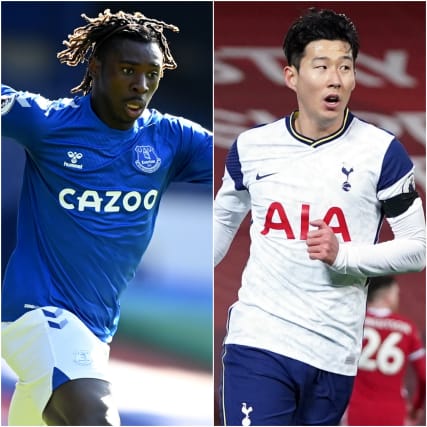 Everton are reportedly expecting Paris St Germain to make a permanent bid for forward Moise Kean. According to the Liverpool Echo, the club are willing to listen to possible offers from the French giants for the 20-year-old, who is spending the season on loan at the Parc des Princes, but are in no rush to make a decision on his future.

The Daily Telegraph reports Tottenham are confident of coming to terms on a new deal for forward Son Heung-min. The 28-year-old is currently contracted to the club until 2023 but Spurs are hopeful the two parties will be able to reach an agreement on an extension.

West Ham midfielder Robert Snodgrass is believed to be close to a move to West Brom. The Daily Mail says the 33-year-old wants the Baggies to take over his current deal, which expires in the summer, with the option of a further year.

The Mail also reports Wolves are considering a shock recall of striker Patrick Cutrone from Fiorentina as a short-term replacement for the injured Raul Jimenez, who is still recovering from the fractured skull he suffered against Arsenal in November. Current replacement Fabio Silva is believed to be falling short of expectations, with the club potentially looking to 23-year-old Cutrone as a potential solution.

Georginio Wijnaldum: New contract talks between Liverpool and the 30-year-old midfielder have reached a stalemate, according to Sky Sports.

Lassina Traore: Citing De Telegraaf, The Sun reports West Ham and Wolves are battling each other for the 19-year-old Ajax forward’s signature.