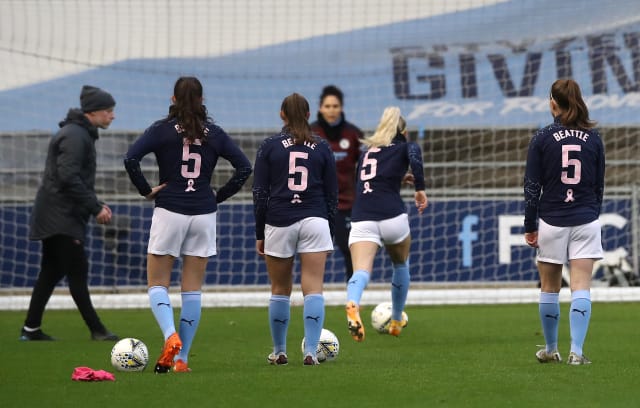 Manchester City have confirmed their Women’s Super League game against West Ham this weekend has been postponed due to positive coronavirus tests at the club.

City were scheduled to play West Ham at home on Saturday, but after four players or staff members tested positive the game has been called off, the club said.

“The Football Association have decided to postpone the match following four positive COVID-19 cases and a number of other mitigating factors affecting the City squad. A new date for the game will be confirmed in due course.”

City confirmed on Wednesday that the number of players in their men’s squad had risen to eight since Christmas Day.

Back-up goalkeeper Scott Carson and 18-year-old midfielder Cole Palmer are the latest members of the men’s squad affected by the recent Covid-19 outbreak at the club.

The top two tiers of women’s football will continue following the announcement of a new national lockdown on Monday, while tier three to seven down to grassroots have been suspended.

The Vitality Women’s FA Cup has also been halted as it is classed as non-elite at this stage of the competition.