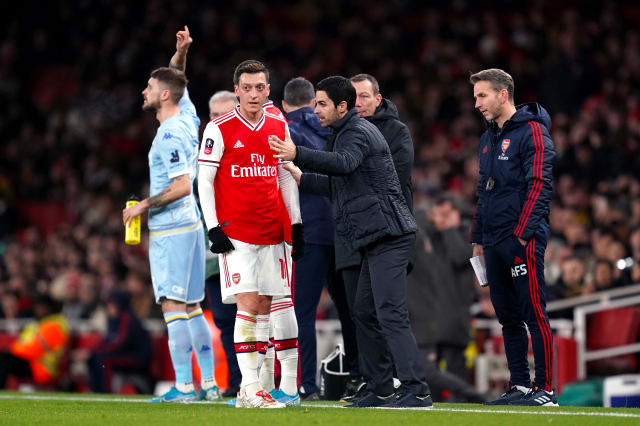 Mikel Arteta says Arsenal are working hard to provide the best and right solution for all parties involved in Mesut Ozil’s future.

The playmaker has only six months left on his current contract and has not featured for the club since the win over West Ham on March 7.

Free to speak to other teams this month, the German could depart the Emirates in the January transfer window or reach a pre-agreement over a move in the summer when his deal expires.

Ozil was left out of Arsenal’s Premier League and Europa League squads for this season, but is free to face Newcastle in the FA Cup third round on Saturday if selected.

“We will decide what is happening in the next few days,” Arteta said.

“Now we will have to make another one in January and we will just put in the balance what is best thing for the club, what is the best thing for the team and what the intentions of the player are and try to find the right solution.”