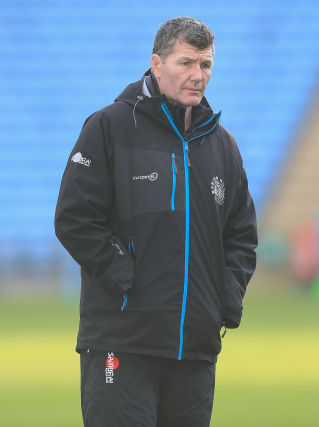 Exeter have had positive coronavirus tests in the camp ahead of this weekend’s Gallagher Premiership round six clash with Bristol Bears, Chiefs’ director of rugby Rob Baxter has revealed.

Baxter said there had been “a slight impact on the availability of players but not huge”.

Table-toppers and defending champions Exeter are set to face the second-placed Bears on Saturday at Sandy Park, with both sides on 20 points after five games.

Baxter said at a press conference on Wednesday: “We have had some positive tests, but that is as far as I can say on that really.

“That’s had a slight impact on the availability of players but not huge. We’ve selected a team that looks very good.

“When we have anything in the camp Covid-wise, we always try to organise a second round of testing, so we will do that either tomorrow or Friday.

“That will just ensure when we take to the field we can, with that 100 per cent confidence, know we are not risking transmitting anything to Bristol.”

Asked if he was confident the game will go ahead, Baxter said: “At this stage I’m very confident, but experience has told me that every time I’ve said I’m confident about where the Covid scenario is within club rugby, something comes around and the opposite happens.

“At this stage we’ve done everything correctly, as we have done before. There’s no reason to say we should have any problems, but we’re doing it as a precaution.”