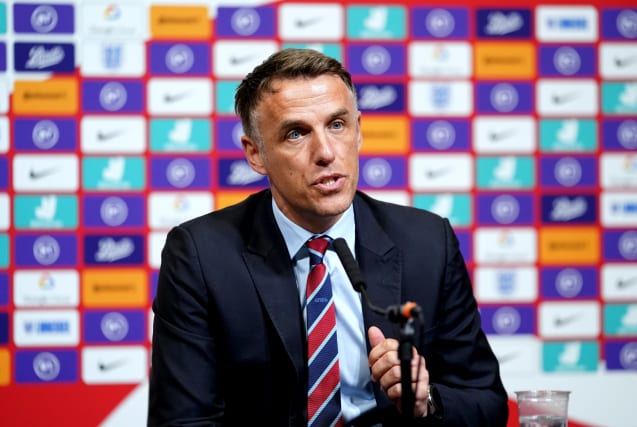 England Women boss Phil Neville has been approached by Inter Miami about the managerial role at the Major League Soccer side, the PA news agency understands.

It is understood preliminary discussions between the two parties have taken place.

Inter Miami are co-owned by Neville's former Manchester United and England team-mate David Beckham, who is also his fellow co-owner of League Two side Salford.

Neville has been set to leave his job with England in July at the conclusion of his contract, with Holland boss Sarina Wiegman starting work as his successor from next September.

There has been uncertainty over the position of Inter Miami's boss Diego Alonso, who oversaw a 10th-placed finish in the Eastern Conference in their maiden MLS campaign last year.

Neville has been England Women head coach since January 2018 and guided them to the semi-finals of the 2019 World Cup in France.

An announcement that he was set to leave the job in July 2021 came in April last year, following the decision to postpone the England-hosted European Championship from 2021 to 2022 as the sporting calendar was impacted by the coronavirus pandemic.

While Neville said four months ago it remained a "massive ambition" of his to manage a Great Britain team at this summer's delayed Tokyo Olympics, there has been no announcement from the Football Association with regard to who will be in charge.

His England team have not played an international since March, when their SheBelieves Cup campaign left them with a record showing just three wins in 11 games stretching back to the World Cup semi-final.