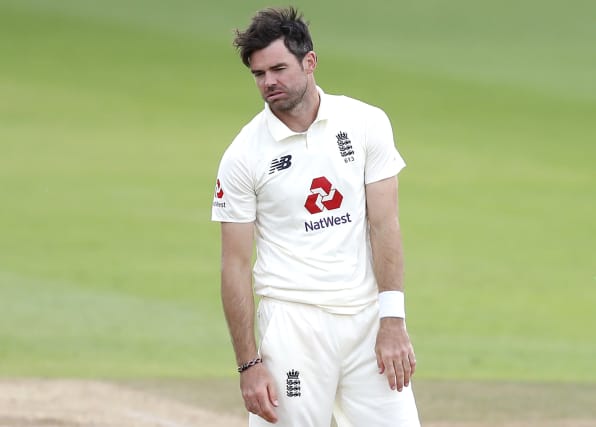 James Anderson is concerned England could be underprepared for their Test series against Sri Lanka as the challenges of touring in the midst of a pandemic continue to hit home.

The travelling squad have had an unusual start to their trip, being welcomed on arrival by medical staff in full body protective equipment and then hosed down with disinfectant spray before being admitted to the airport terminal.

Since then it has been a case of room-bound quarantine at the Shangri La hotel in Hambantota, with restrictions to be lifted if the group passes a second round of Covid-19 testing on Tuesday morning.

That is all a far cry from the planned itinerary last March, where the team had one three-day warm-up match and a first-class outing against a Board President’s XI to get them fully tuned up for the local conditions and climate.

Anderson spent much of December bowling indoors in a specially-prepared marquee at the National Cricket Centre in Loughborough as temperatures plummeted outside, a handy resource but one that still falls short of the real thing.

“It wasn’t ideal but the best of a bad situation. It was better than bowling with snowballs in my back garden,” said England’s record wicket-taker.

“It’s been a really useful facility actually over the last six weeks and I’ve been going down regularly to bowl. But the whole situation is not ideal for us, we have not got a long preparation for this series and don’t have a lot of practice for the first Test, so it’s slightly unusual in that respect.

“We just have to make the best of it and hit the ground running if and when we get out of quarantine. It’s not going to be ideal and we know Sri Lanka have been playing Test cricket which maybe gives them a slight advantage. It’s something we are going to have to cope with as best we can and be right on the money.”

Sri Lanka are currently involved in red ball action in South Africa, but their current Test in Johannesburg is just their fourth since the start of 2020, while England have played nine in that time frame, but last donned the whites in August.

That is when Anderson became the first seam bowler in history to take 600 Test wickets, an achievement which seems sure to see him one day become ‘Sir Jimmy’. A newspaper report over the weekend suggested a knighthood was considered for the Queen’s recent New Year Honours but withheld due to concerns over sledging in Australia during next winter’s Ashes.

“I thought it was a pretty unusual story. I’ve not heard anything like that,” he said in response.

“I’m sure it won’t stop them sledging me anyway, to be honest. I pretty much get a big barrage when I go there anyway so I’m looking forward to that with or without that.”

Anderson and the rest of the seam attack will spend the next few weeks working under Jon Lewis, the England Under-19 head coach and a leading contender to fill the current vacancy for a pace bowling specialist on the backroom staff.

With 17 years of international cricket and 369 caps under his belt, it is a role Anderson might one day covet himself. But not just yet.

Asked if he had considered pitching himself as a player-coach, he replied: “No, I haven’t thought about that to be honest. I feel like doing what I do takes enough energy already, both mentally and physically.

“I think what I offer around the team with the experience and knowledge is a good thing to have on top of a proper, qualified bowling coach, which is something that I’m not right now.”