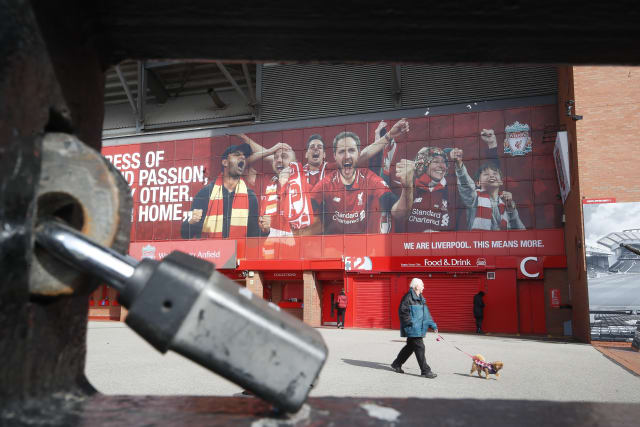 Premier League football and other elite sports with testing regimes and bubbles in place will continue despite Prime Minister Boris Johnson announcing a new national lockdown.

England has fallen in line with Scotland, who earlier on Monday said their football and rugby clubs can carry on training and playing as normal after introducing new restrictions for the general public north of the border.

Elite sportspeople and their coaches if necessary will still be able to compete and train.

Outdoor team sports and golf will be prohibited in England, although the latter will be allowed to continue in small groups in Scotland.

Addressing the nation on Monday evening, Johnson announced new measures which reintroduced limits placed on the general population, although there was an exemption list.

Included on that were elite sports with the established Covid protocols and “elite sportspeople (and their coaches if necessary, or parents/guardians if they are under 18) – or those on an official elite sports pathway”.

Scotland’s First Minister Nicola Sturgeon had earlier introduced her own strict new measures to combat the spread of coronavirus.

The Scottish Government also released an exemption list, which stated “those involved in professional sports, for training, coaching or competing in an event” are among those allowed to leave their homes.

A Scottish Football Association statement read: “Following the First Minister’s announcement regarding increased restrictions this afternoon, we will liaise with @ScotGov on the impact upon grassroots football. We will a provide further update in due course.”

Most of Scotland will be placed in lockdown from Tuesday for the whole of January to tackle the rising spread of the new coronavirus strain, Sturgeon announced.

The First Minister said a legally enforceable stay-at-home order will apply from Tuesday to areas currently under level four – which includes all of mainland Scotland – while schools will remain closed for the rest of the month.

Sturgeon announced the changes in a statement at the Scottish Parliament, which was recalled from recess to discuss stricter measures, telling MSPs taking no action could see Covid-19 capacity in hospitals overrun within “three or four weeks”.

The Vitality Netball Legends Series between the Vitality Roses and Jamaica Sunshine Girls, scheduled to take place in England at the end of this month, has been postponed due to ongoing coronavirus issues.