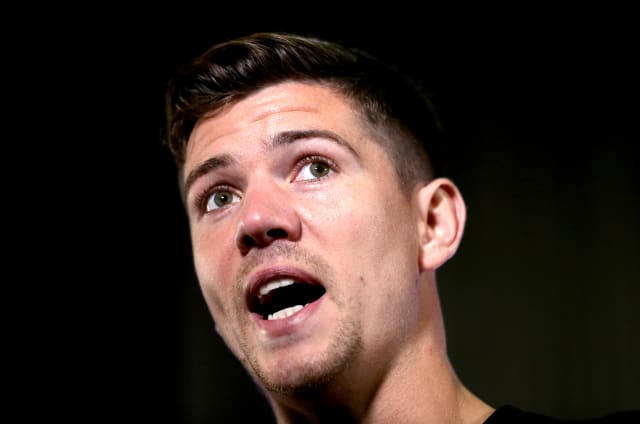 Returning to the ring for the first time since being beaten by Vasyl Lomachenko almost 18 months ago, the Briton was felled with a body blow by Garcia in the seventh round.

Garcia, who amassed an amateur record of 215-15 before turning to the paid ranks and is followed by 7.8million people on Instagram, had to summon all his strength for the victory after his 33-year-old opponent knocked him down in the second round with a left hook.

The 22-year-old started strongly after connecting with a powerful straight right midway through the first round that rattled Campbell, who used his superior defence throughout to keep the younger man at bay.

Campbell was almost done at the end of the fifth, when a furious combo from Garcia left the clearly hurt London 2012 gold medallist clinging to the ropes as the bell rang.

Garcia was supported by a team which included gym-mate Saul ‘Canelo’ Alvarez, who less than two weeks prior added the WBA and WBC super-middleweight titles to his collection after a dominant performance over Liverpool’s Callum Smith.

Saturday’s victory at the American Airlines Centre in Dallas led Garcia, who has won all 21 of his professional contests, to call for a shot against current WBC titlist Devin Haney later in 2021.

“If we can make Devin, let’s make Devin. Why not? Let’s go,” Garcia told DAZN Boxing after the fight.

In response, promoter Eddie Hearn tagged Haney and WBC president Mauricio Sulaiman in a tweet and said: “You just boxed a final eliminator to fight him… fight will now be ordered – great fight!”