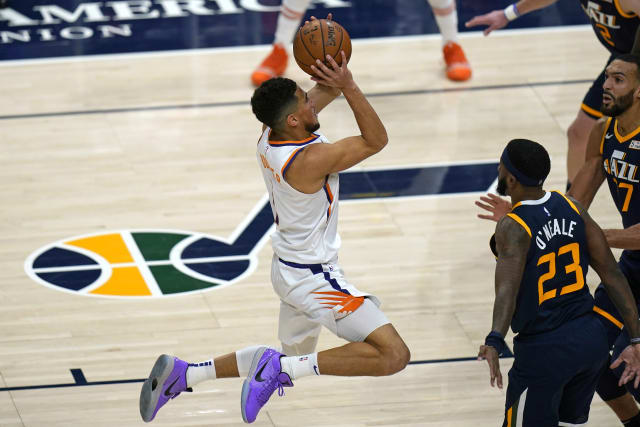 The 24-year-old also contributed seven assists, while team-mates Jae Crowder and Mikal Bridges had 16 points each in a dominant Phoenix display in Salt Lake City.

Wayward shooting by the Jazz in the second quarter – when they missed 13 attempts – allowed the Suns to pull ahead and they did not relinquish the lead.

The Cleveland Cavaliers suffered their second straight loss as they went down 119-99 to the Indiana Pacers, the Philadelphia 76ers won 116-92 over the Orlando Magic and the Toronto Raptors registered their first victory of the season with a 100-83 triumph against the New York Knicks.

The Houston Rockets also secured their maiden win of the current campaign, with James Harden pushing through a slow start to collect 33 points and push his side to a 122-119 win over the Sacramento Kings, while the New Orleans Pelicans dominated the Oklahoma City Thunder 113-80.