Tommy Docherty: The irrepressible Scot who always had a one-liner at the ready 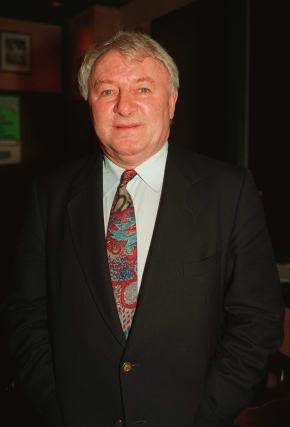 Tommy Docherty, who has died at the age of 92, was one of football’s great characters.

The former Manchester United boss managed 12 clubs and the Scotland national team during the most colourful of careers.

He was irrepressible, outspoken and often controversial, accruing a seemingly endless supply of anecdotes, quips and one-liners.

Docherty, who was known as ‘The Doc’, spent nine years as a player with Preston, and played for Scotland at the 1958 World Cup in Sweden, before a managerial career which took him to Portugal and Australia but is best remembered for a five-year spell at Old Trafford.

Born in the Gorbals district of Glasgow on April 24, 1928, he once said in a Daily Telegraph interview of his tough upbringing: “If you wanted a new pair of shoes you went down the swimming baths in bare feet and just nicked a pair. I didn’t think it was morally wrong. It was the thing to do.”

His mother, Georgina, was a charwoman, but he recalled nothing of his father, Thomas, who worked in an Iron Foundry.

“I don’t remember him putting me on his knee, or telling me a story, or taking me to a park,” Docherty said.

“I only remember the sound of my mum crying when there was a loud knock on the door to tell her he was dying. He was in hospital with pleurisy. They’d give you a couple of tablets for that now.”

Docherty started his career as a right-half at junior side Shettleston before joining boyhood heroes Celtic in 1947 after leaving the army, making his debut in a 1-0 home league defeat to Rangers.

He left for Preston in 1949 – the year in which he married his first wife Agnes – after failing to pin down a first-team spot, and said years later: “When I was a youngster, it was my one and only ambition to play in a green and white jersey. When I was transferred it was one of the great disappointments of my life.”

His time at Deepdale included an appearance in the 1954 FA Cup final and he won the first of his 25 Scotland caps, playing twice in the 1954 World Cup .

In 1958 Docherty joined Arsenal, where he effectively ended his playing career.

Although he made a few appearances for Chelsea after moving to Stamford Bridge in February 1961, the switch brought about his first step into coaching and management.

He was unable to prevent the west London club being relegated from the top flight at the end of the 1961–62 season, but the Blues bounced back at the first attempt.

In 1964–65 they won the League Cup with an aggregate victory over Leicester, but lost the 1967 FA Cup final to Tottenham.

The Glaswegian left to become manager of unfashionable Rotherham and memorably said: “I promised I would take Rotherham out of the Second Division – and I took them into the Third. The old chairman said, ‘Doc, you’re a man of your word!’”

He left Rotherham after a year and began racking up a dizzying number of clubs while honing his repartee.

He had spells at QPR, Aston Villa and Porto and a term as assistant manager to Terry Neill at Hull before leaving in 1971 to become manager of Scotland, first on a temporary basis, then permanently.

In December 1972, with Scotland on their way to the 1974 World Cup finals in West Germany, he quit to take over at Manchester United.

“One of my biggest regrets was leaving the Scotland job when I did,” he later said.

The Red Devils were relegated to the Second Division in 1974, but stormed back the next season as champions.

After surprisingly losing the 1976 FA Cup final 1–0 to Second Division Southampton, he led United to the FA Cup final again the following year when they beat favourites Liverpool 2-1.

However, celebrations did not last as he was almost immediately sacked for having an affair with the wife of club physiotherapist Laurie Brown.

Docherty later married Mary Brown and they remained together until his death. They had two children, Lucy and Grace, while he had four children – Tom, Michael, Peter and Catherine – to Agnes, who died in 2002.

He returned to the hot-seat at Derby before moving back to QPR, where was sacked, then reinstated after just nine days – and then sacked again.

Docherty then had spells at Sydney Olympic, Preston, South Melbourne and then managed Sydney Olympic again in 1983 before becoming boss of Wolves. Altrincham was his final managerial post before retirement at the end of the 1987–88 campaign.

Subsequently he worked as an after-dinner speaker and media pundit.

Docherty was inducted into the Scottish Football Hall of Fame in November 2013.

He was still going strong with the jokes at the press conference but for once turned serious, saying: “This is something that will be there forever and will never be obliterated.”