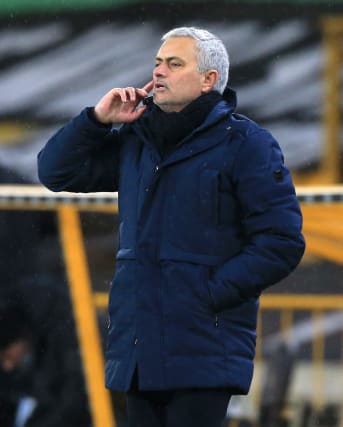 Non-league Marine are taking an unique approach to the task of recouping the £100,000 they stand to lose by having to play their dream FA Cup tie against Tottenham behind closed doors.

The Merseyside-based eighth-tier club is due to host the Premier League giants and their manager Jose Mourinho and star striker Harry Kane in the third-round clash at the Marine Travel Arena in Crosby on Sunday, January 10.

A national audience will be able to watch the game on BBC1, but with Liverpool having been placed in tier 3 under the latest coronavirus regulations, there will now be no crowd inside the 3,185-capacity stadium, costing the club not only the gate receipts, but also around £70,000 in sponsorship packages.

As a result, part-timers Marine have instead launched a virtual £10 match ticket raffle which could raise around £30,000 in which the top prize is the chance to replace manager Neil Young in the dugout for a pre-season friendly.

“It’s about a quarter of the wage budget for a year. Even though £30,000 to a Football League club might not be a huge sum, it’s a massive figure for us.”

Details of the raffle were circulated widely on social media on Thursday morning with several hundred tickets selling inside the first hour.

Marine, who play in the Northern Premier League North/West Division, have beaten Barnoldswick Town, Frickley Athletic, Runcorn Linnets, Nantwich Town, Chester, Colchester and Havant and Waterlooville to reach the third round, but have been unable to cash in on what in any other year would have been a lucrative cup run.

Leary acknowledged the necessity for the restrictions, but said: “What’s really frustrating from our point of view is this is the one chance, really, to set us up for the next 30, 40 years in terms of putting the infrastructure in place, and the fact that we haven’t realised all the revenue we could have done, it’s galling.

“It makes you physically sick, it’s really frustrating. And of course it’s not just financial, it’s the fans. We might only get 450, 500 people per game, but the fact that they haven’t been able to come to all the games is just heart-wrenching for them as well.”