We had 12 last week – 4,000 not expected at Isles of Scilly’s two football teams 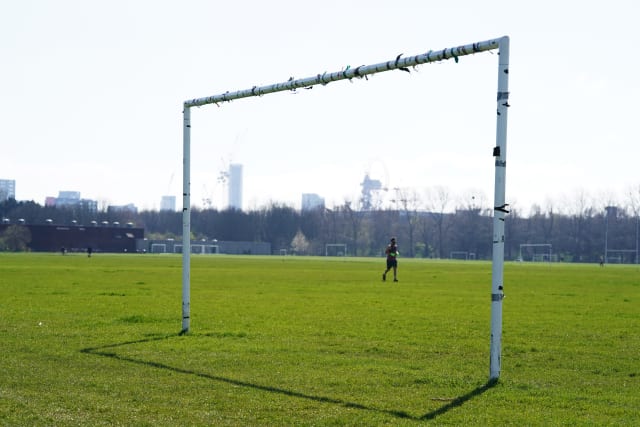 As sports fans across the UK came to terms with another shut-out, two football teams at one club prepared to keep their doors open.

The Isles of Scilly’s great rivals Woolpack Wanderers and Garrison Gunners could technically host a crowd of 4,000 this Sunday.

Wanderers striker Will Lethbridge chuckles though when asked about that unusual situation, pointing out that last weekend the two sides drew a crowd of 12.

Registered with the FA as St Mary’s Football Club, the Wanderers and Gunners contest an inter-club league – and so far this season the two teams are locked on 10 points apiece.

With the Isles of Scilly still in tier one while the majority of the UK has moved into tier four coronavirus restrictions, the Wanderers and the Gunners can continue their fixture schedule – and also welcome supporters, albeit socially distanced.

“We had a recorded attendance of 12 last week, so I don’t think we’ll be seeing the masses descend!” Lethbridge told the PA news agency.

“The pitch is a really good size for people to adhere to the rule of six and remain socially distanced.

“I play for the Wanderers, and I’m part of the organisation committee, I do part of the social media work.

“And we have effectively an inter-club league, so the two teams play each other normally I think 18 times over the course of the year.

“We play on one pitch so away goals and things like that don’t come into the equation.

“But we play a charity shield, two cup competitions and one genuinely is two legs, but we don’t factor in away goals – because that would be going a bit far!

“At the beginning of each year it’s a bit of a throwback to the playground days, two people volunteer as captains, they pick a vice-captain.

“And then everyone interested in playing for the year, their names and positions are written down on pieces of paper, and the captains alternate picks out of a hat.

“So that’s how the teams are chosen, with the idea of making things relatively balanced, in theory.

“This season I’m playing for the Woolpack Wanderers, we won the opening three games quite comfortably, and then we had the second lockdown in November, we came back from that and we’ve lost three and drawn one.

“So I think it’s seven games in now and it’s level on points. It makes it competitive and that’s the main thing.”

With the Isles of Scilly relying heavily on tourism, Lethbridge admitted to a collective hope for a move back towards normality in 2021.

But he also conceded one silver lockdown lining has been a wider appreciation for the fringe benefits of Sunday league football.

“In previous years we’ve struggled to raise teams, with people driving round and dragging people out of bed on a Sunday morning,” said Lethbridge.

“But this year we’ve been able to name three replacements a side, as I think people have just really valued the opportunity to get a game.

“It’s been so good for individual and community mental health and well-being to be honest, and we do appreciate we’ve been fortunate with that.

“It’s a really weird feeling, speaking in a personal sense, I think people here are responding a bit gingerly to us being the exception when it comes to the tier system.

“There’s not even a handful of people in the pubs, people are taking it really serious and acting very sensibly.

“Although we do have a degree of luxury relatively in our tier system, people here are tending to keep to themselves.

“We have a very small community, approximately 2,200. We have a high proportion of elderly people in the community.

“So I think everyone has been very sensible throughout the year, which is why the islands have done as well as they have.

“It’s not prudent at the moment to invite people over here, because it’s not what they should be doing.

“But hopefully we’ll be able to welcome people back to enjoy this place soon, because it’s a wonderful place, it is somewhere just so special and we really want people to be able to enjoy the place, when it’s safe to do so.”