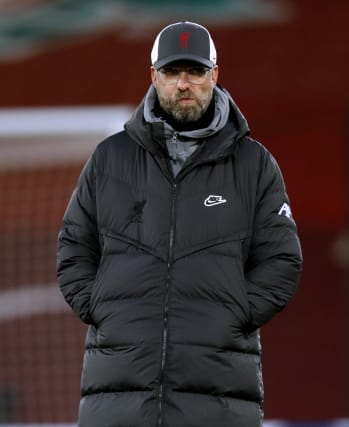 Liverpool manager Jurgen Klopp insists he was not angry with his players for their failure to beat West Brom as he has a greater perspective on their collective achievements.

There was some criticism aimed at his side after they dominated the game against the Baggies but were pegged back to a 1-1 draw.

It was only the second time in 2020 they had not won a home league match, but on the flip side it extended their unbeaten Premier League run at Anfield to 67 matches.

Amid all the noise about their lack of cutting edge against West Brom, the defending champions will still head to Newcastle on Wednesday top of the Premier League by at least two points.

“I want to win more than anything else, but I had a lot to learn already in my life and it doesn’t happen all the time. This is completely fine,” said Klopp.

“I like winning football games, especially when you deserve to win. To deserve to win (against West Brom) I think we should have done more.

“I’m not sure if it has something to do with confidence, it’s about experience and so far we did it. The boys are a top group.

“If the perspective from outside changes, I can imagine that after this, but I’m not a young manager any more and I can judge these things the right way.

“We are not happy about it, we are the opposite. But it is over, we cannot change that any more, we can just make sure, in exactly the same situation, it does not happen again.”

The player he could have really done with against West Brom was Thiago Alcantara, the world-class creative midfielder signed from Bayern Munich in September who managed just one-and-a-half matches before being sidelined by a knee injury in October.

Thiago has returned to team training but has not completed enough sessions to satisfy Klopp so will not be pushed into action at Newcastle but instead be given extra time to prove his readiness.

“He has done parts of training so far. On Friday he trained a full session, but the session was a reduced session,” added the Reds boss.

“It is not about training one day with the team and then you can play in the Premier League again.

“It looks quite promising at the moment, but I cannot say more about it, I don’t know. We will see.”

While Thiago is edging closer to a comeback, Klopp has lost another two players to injury, with centre-back Joel Matip sustaining a groin injury against West Brom and midfielder Naby Keita missing that game with another muscle problem.

There has been little time to do a full analysis of Newcastle, but Klopp is fully prepared to face striker Callum Wilson after he was rested against Manchester City on Boxing Day as a precaution after taking a knock on his ankle.

“I saw he didn’t play. Was he injured? Look at that, Newcastle can rest Callum Wilson. So we expect him to play,” said the German.

“He’s a good striker, but actually they have a couple of really good players, so we have go to be ready for that.

“I cannot go into detail for the Newcastle game, but it will be another tough challenge, like all Newcastle games have always been.”