James Wade fires nine-darter before bowing out against Stephen Bunting 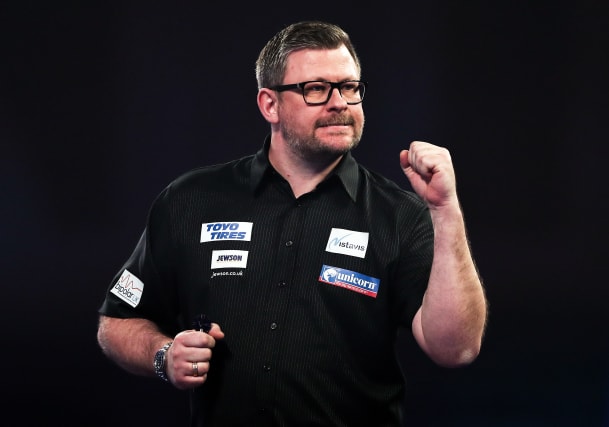 James Wade recorded the first nine-darter in five years at the PDC World Championship but the feat failed to inspire the Englishman as he joined the growing list of top seeds to suffer an early exit at Alexandra Palace.

Wade made a strong start to his third round match against Stephen Bunting but the number seven seed’s scoring slipped dramatically and his Merseyside opponent capitalised to level at two sets apiece from 2-0 down.

It was an understated reaction from Wade at the empty venue, merely bumping fists with Bunting before the action resumed, and the perfect leg had little impact on the match for the left-hander, who averaged a disappointing 87.94.

Bunting, the 26th seed, won the next two sets to prevail 4-2, setting up a last-16 clash with Ryan Searle.

Bunting said on Sky Sports afterwards: “I can’t believe it, worked so hard over the last few months. I’m just so delighted to be here now.”

Raymond van Barneveld and Adrian Lewis have twice managed nine-dart finishes at this competition while Dean Winstanley, Michael van Gerwen, Terry Jenkins, Kyle Anderson and Gary Anderson have each done it once.

Anderson was the last to accomplish it in January 2016 but Wade recording only the 10th nine-dart finish in this competition’s history was notable because of the absence of fans this year.

Bunting feels that may have played into his hands, as he added: “That’s probably the sort of situation when you’re happy the fans aren’t here because they’d have been buzzing all the way through that match.

“He hit the nine-darter and it was probably a bit of a blur for him and for me. Next thing I gave him a fist pump then it was on to the next leg.

“If the crowd had been here it would have been noise galore for the rest of the match.

“But we all want the fans back, I miss them dearly but I’m just so happy to be into the next round.”

Wade’s elimination means world number one van Gerwen and Wales’ Gerwyn Price are the only players among the top seven seeds to reach the fourth round of the competition.