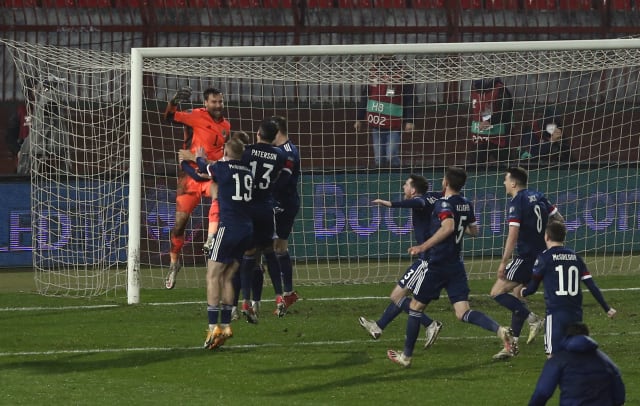 Sport was badly affected by the pandemic in 2020 with a number of events cancelled or curtailed.

The likes of Euro 2020 and the Olympic Games were put back until 2021 while Wimbledon was cancelled, and Scotland’s world champion boxer Josh Taylor was restricted to one fight which lasted less than a round.

However, there was still opportunity for some major Scottish sport achievements this year. Here are six.

After 10 failed qualification attempts since the 1998 World Cup, Steve Clarke’s side banished two decades of pain by reaching the European Championship finals via the play-offs. The fact they did it via a penalty shoot-out after a dominant 90-minute display was undone by Serbia’s last-minute equaliser, served further to cast off the glorious failure tag.

Edinburgh were unbeaten in 11 games at BT Murrayfield before they fell short in the Guinness PRO14 semi-finals against Ulster. The club had looked set for a memorable end to their 2019-20 campaign after also reaching a European quarter-final before the pandemic delayed matters. They had lost much of their momentum as the campaign restarted before the extended international window hit their new season start.

Jemma Reekie upstaged house-mate and fellow Scottish middle-distance runner Laura Muir in the indoor season by setting three British records in the first eight days of February, at 800 and 1500 metres and one mile. The 22-year-old went on to win six of her seven 800m races in 2020 as well as recording three victories at 1500m. Muir also enjoyed an impressive season, breaking the British record for 1000m and setting a world lead for 1500m.

Rangers march on in Europe

Steven Gerrard’s side reached the last 16 of last season’s Europa League thanks to victory over an in-form Braga side in February before getting stopped in their tracks by Bayer Leverkusen either side of the suspension of football. But they have further impressed this season, winning their group without losing a game. Only two late collapses against Benfica cost them a 100 per cent record.

An 11-game domestic winning streak at the start of 2020 helped Celtic clinch the title in a curtailed season before they finished off the job this month by winning the Scottish Cup to complete a fourth consecutive clean sweep. Their record of 12 domestic trophies on the trot may never be beaten.

The wheelchair tennis player made it 15 Grand Slam titles by winning the doubles events at the Australian and US Opens. He was also runner-up in the single’s event in Australia.