Manchester City, Rochdale and Morecambe games off due to coronavirus outbreaks 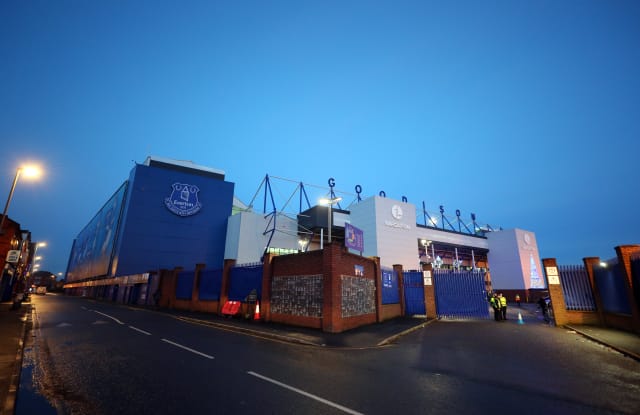 English football has been left reeling by three further coronavirus outbreaks, including one at Manchester City which forced their Premier League game at Everton to be postponed just four hours before kick-off.

Three days after Kyle Walker and Gabriel Jesus were among four individuals to return positive tests, the club announced on Monday that another round of testing had “returned a number of positive cases”.

The bleak news came as Rochdale and Morecambe announced that their next two games were postponed due to Covid-19, while five games were unable to take place in the fifth-tier National League on Monday.

“With the security of the bubble compromised, there posed a risk that the virus could spread further amongst the squad, the staff and potentially beyond,” a Manchester City statement read.

“Based on strong medical advice the Premier League, in consultation with both clubs, has decided to postpone the fixture.”

The Premier League, in agreeing to the postponement, insisted the health of players and staff was paramount.

“The board agreed to rearrange the game as a precaution, and further testing will now take place (on Tuesday),” said a statement.

“The decision has been taken with the health of players and staff the priority.”

The fixture is the second Premier League game to be called off this season due to positive tests for coronavirus.

The match between Aston Villa and Newcastle, due to be played on December 4, was postponed due to cases within the Magpies’ camp.

A day after Walker and Jesus’ positive tests were announced, City beat Newcastle 2-0 at home on Boxing Day.

“The League wishes those with Covid-19 a safe and speedy recovery and will rearrange the postponed fixture against Everton in due course.”

City’s training ground has been closed for the foreseeable future with the rest of the squad having to undergo extensive further testing before any potential return can be considered.

The club’s next match is due to be at Chelsea on Sunday, which is then followed by their Carabao Cup semi-final against derby rivals Manchester United at Old Trafford on January 6.

Competition rules allow for the semi-final to be rearranged and, as the final has been pushed back to April, there is more room for manoeuvre if the last-four clash has to be rescheduled.

Rochdale’s next two League One games, at home to Crewe on Tuesday and Saturday’s visit of MK Dons, are now off with players and staff from the hosts forced to self-isolate.

“We can confirm that Rochdale’s next two Sky Bet League One fixtures have been suspended,” a club statement read.

“The club has advised the EFL it is unable to fulfil the fixtures due to Covid-19, with players and first-team staff required to self-isolate in line with EFL and Government guidance.”

League Two Morecambe were due to play at Bolton on December 29 and away to Bradford on January 2.

But a Morecambe statement read: “The club has (on Monday) informed the EFL and their opponents that it will not be able to play its next two games following an outbreak of Covid-19.

“The decision follows detailed conversations today with both club and EFL medical staff.”

Morecambe football secretary and director Mick Horton said: “It is very disappointing that we have had to make this decision but the welfare of our players, staff and opponents remains the number one priority and, following detailed conversations with the relevant authorities, we have also decided to close our training ground for 10 days as well.”

Rotherham’s Championship game with Barnsley on Tuesday will go ahead, but boss Paul Warne said the coronavirus-hit Millers are only fulfilling the fixture to avoid receiving a possible points deduction.

The Millers’ last two games have been called off after an outbreak of the virus in the camp before Christmas and they were keen for the south Yorkshire derby to go the same way, but EFL doctors have ruled it can be played.

That is despite three players still being in isolation, with a fourth waiting on a test result, and one only ending quarantine on the day of the game.