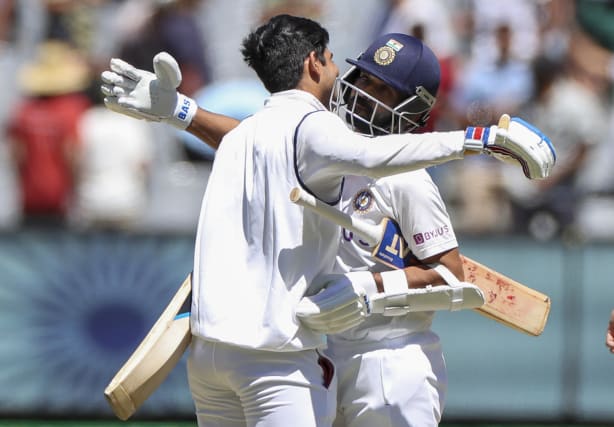 India completed a remarkable recovery to cruise past Australia in the second Test and level their four-match series 1-1.

Routed for their lowest Test score of 36 in an eight-wicket loss inside three days in Adelaide before Christmas, the tourists bounced back to win by the same margin midway through day four in Melbourne.

The victory – which sets up a tantalising second half of the series between the top-ranked hosts and the third-ranked visitors – also came despite the absence of India’s talismanic captain Virat Kohli, who is missing the last three Tests due to the birth of his first child.

Australia’s batting line-up has come in for heavy criticism throughout the series, having failed to pass 200 through their four innings. Batting icon Steve Smith has struggled with scores of 1, 1 not out, 0 and 8.

Having won the toss as raging favourites on Boxing Day, Australia were dismissed for 195 before India replied with 326, led by stand-in captain Ajinkya Rahane’s inspirational 112.

A second innings collapse left Australia flirting with an innings defeat before a rescue mission led by Cameron Green’s 45 took them from 99 for six to 200 all out.

That left India needing only 70 to win, which they collected in just 15.5 overs for the loss of two wickets with man-of-the-match Rahane fittingly hitting the winning runs.

Speedster Jasprit Bumrah led the bowling for India with 4-56 and 2-54, while off-spinner Ravichandran Ashwin and paceman Mohammed Siraj each took five for the match.