My plan is to give my all for Barcelona – Lionel Messi 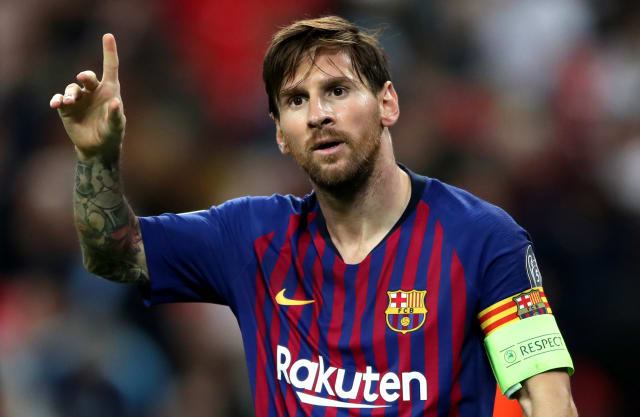 Lionel Messi has maintained he is in no rush to decide his future despite approaching the end of his contract with Barcelona.

Messi’s existing deal expires at the end of the season, meaning he is free to negotiate a summer switch to a foreign club from January, sparking consistent speculation over a move to the Premier League.

But in an interview broadcast by Spanish TV channel La Sexta, Messi said he was happy at the Nou Camp and indicated his long-term future may lie across the Atlantic.

As reported by AS, Messi dismissed suggestions of exercising his option of a free transfer in the summer, insisting: “Far from it – my plan is to give all I can for the club at the moment.

“I would like to play in the United States and experience life and the league there, but ultimately come back to Barcelona in some capacity.

“I’m not thinking too far ahead in the short term and just want to see how the season finishes.”

Messi’s commitment is a far cry from the summer when he looked certain to leave the club after falling out with the club hierarchy and branding Josep Maria Bartomeu’s presidency a “disaster”.

Ultimately Messi claimed he decided not to pursue a legal battle to leave out of respect for the club, but reiterated the depth of his feelings about Bartomeu’s reign at the time.

“It was far from easy for me to say I wanted to leave the club and the city… but I genuinely felt it was time to go,” said Messi.

“I felt I’d completed a cycle and it was time to leave the club that had given me so much.

“I wanted to win titles and battle for the Champions League and felt it was time for change. The president then started to filter this and that to paint a negative picture of me.”

Bartomeu resigned towards the end of October as the extent of the club’s plight became clear, and his exit appeared to convince Messi to remain at the club.

Meanwhile, Messi heaped praise on his former coach Pep Guardiola, with Manchester City having frequently been at the forefront of speculation regarding the Argentinian’s next destination.

Picking out Guardiola along with current Spain coach Luis Enrique, Messi added: “His way of preparing games was exceptional and his way and the way of working that Luis Enrique worked too was excellent – I was fortunate to work with both men.”