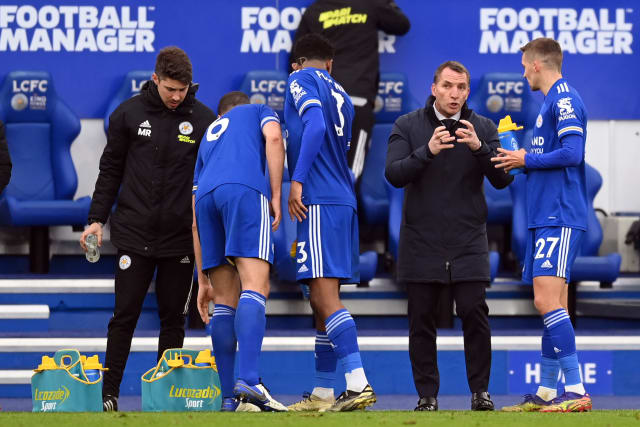 Leicester boss Brendan Rodgers has dismissed any suggestions Crystal Palace will be weak at Selhurst Park.

The Eagles return home for the first time since they were thumped 7-0 by Liverpool last week when they host the Foxes on Monday.

Roy Hodgson’s side also slipped to a 3-0 defeat at 10-man Aston Villa on Boxing Day.

Third-placed Leicester, who drew 2-2 with Manchester United on Saturday, have won six of their seven away games and Rodgers expects Palace to offer a stern test.

He said: “Of course it is their first game back since that (defeat to Liverpool). They were clearly playing against Liverpool on the top of their game. We probably won’t look too much into that, neither will the players.

“They will look to get back and get three points against us. I don’t think it will have any indication for how it will be going forward.

“We have done OK away from home, we’ve won six of our seven games. We take each game, we’ll look at Palace and look to see if we can get a result.”

Rodgers is expected to make changes with such a tight turnaround and defender Caglar Soyuncu is available after a groin injury.

Cengiz Under will be assessed after missing the weekend’s draw with a tight hamstring but Rodgers has confidence in his squad.

He said: “The players who are coming in have all been playing. They all understand how we work and I trust them. I want an intensity in the game and we are a team who want to run and give everything.

“That might be difficult for certain players in certain positions after Saturday. Whichever team I pick it will be one I think can win the game.

“We have created a way of working and playing and the players can play with confidence and personality. We don’t have the financial resources like the others (in the top four) but we want to be competitive.

“That confidence comes from training, the way you work and having the ability to want to improve.”