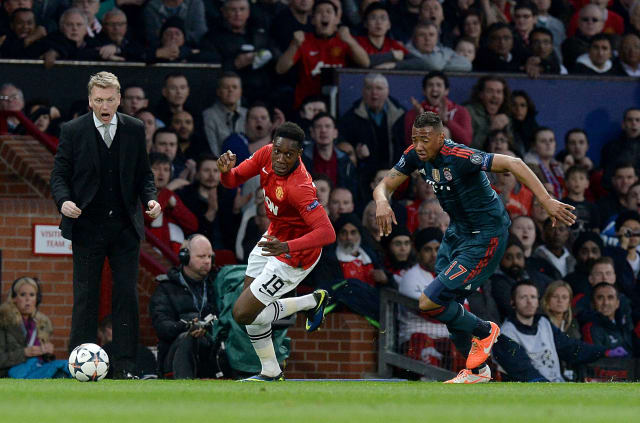 David Moyes is pleased Danny Welbeck is doing well for Brighton and revealed West Ham considered signing the forward in the summer.

The duo worked together at Manchester United during the 2013-14 campaign and renew acquaintances on Sunday when the Hammers entertain the Seagulls.

Welbeck scored nine times in the Premier League under Moyes that season before both went through tough periods with the latter sacked while the former was sold to Arsenal at the start of the following campaign.

Injuries have impacted the England international in the ensuing years, but he recently started six league games in a row for the first time since 2014 and has already struck twice for his new club this season.

Moyes said: “I am really pleased for Danny because I enjoyed working with him at Manchester United, he is a great boy and enthusiastic.

“He has had a few injuries and he was someone who I did consider and I was probably just a little concerned about his injuries in the past more than anything else.

“I have got to say I am really pleased for him because he is a good boy, a good footballer who has worked hard on his game and been doing well for Brighton.”

On this weekend’s opposition, Moyes revealed his admiration for opposite number Graham Potter who also kept Brighton up last season.

The south coast club have only won twice this season, but both of them victories were on the road at Newcastle and Aston Villa.

While the Seagulls continue to lack consistency, a 3-3 draw at the London Stadium in February will serve as the perfect reminder of their quality for the hosts before Sunday’s meeting.

“I like Graham Potter and the way he’s gone about his job and I think Brighton have given him the opportunity to do what he’s doing,” Moyes explained.

“They’ve got a good recruitment policy, they’re building and they don’t see anything with a short-term view, so from that point of view it makes me feel that Brighton are a club who want stability.

“That stability might take a little bit of time, but they’ve got a team full of very good players. It’s going to be a tough game for us.”

West Ham will assess the fitness of Michail Antonio and Manuel Lanzini (both hamstring) before Sunday but Arthur Masuaku is out following knee surgery earlier this month.