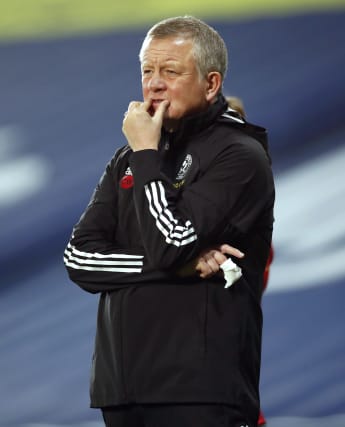 Chris Wilder has admitted he would think Sheffield United were doomed to relegation from the Premier League if he was not their manager.

The Blades headed into Christmas with just two points to their name after 14 games and 10 points adrift of safety with a rejuvenated Everton waiting in the wings on Boxing Day.

However, having dragged the club from League One to the top flight and kept it there against the odds in the space of four years, Wilder is convinced there is an enduring bloody-mindedness about his players which can served them well once again.

He said: “There has to be because of the journey that these players have come on. If you look at the background of any of the players, you’ll identify that that’s a quality that they’ve got.

“They were written off in the Championship when we first came up, that we’d just be making the numbers up and then in two years’ time, we’re in the Premier League and the same thing happens, and were in that situation now.

“We understand it and accept it, and rightly so. I suppose if somebody asked me and I wasn’t connected to this football club, you would say that it’s Sheffield United and two others.

“The only way that we change that is by sticking to what we think we’re good at and showing the qualities that all of those players have shown in their careers to get to this level of football in this country.”

Only West Brom, Sunderland and Leicester have managed to avoid the drop having been bottom of the table on Christmas Day in the Premier League era, and while that landmark has arrived earlier in the season than it usually does because of the late start to the campaign, the table does not make for comfortable reading in the red half of Sheffield.

Wilder insists he does not look at it and has a message for his players if they are tempted to cast an eye over the current standings.

He said: “You’ve got to try to limit it, but you love football, you’ll put the TV on and you’ll watch it and there’s no escaping it.

“The only way to affect that is by getting some good performances and points on the board, and then the world becomes a better place for us all.”