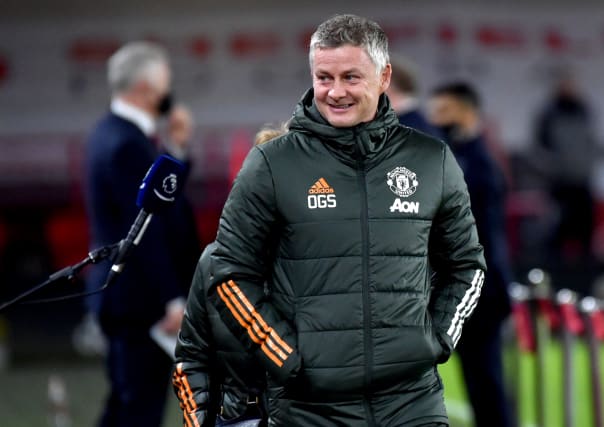 The festive fixture list remains one of the most treasured traditions in English football.

And even at a time when games are coming thick and fast every week amid the pandemic, the Boxing Day games promise to be a special treat for fans.

Here the PA news agency takes a look at the key talking points in the Premier League.

A few short weeks ago, Ole Gunnar Solskjaer was favourite in the Premier League sack race. Now the Norwegian is trying to play down title talk around Old Trafford as their fine form continues. In domestic action, United have won seven and drawn one of their last eight, reaching the semi-finals of the Carabao Cup and moving up to third in the Premier League, five points behind Liverpool with a game in hand on the champions. Boxing Day sends them south to Leicester, where they will face one of the two teams still above them in the standings. The Foxes should provide a stiff test, having won four of the last five themselves, including an impressive 2-0 win at Tottenham last weekend.

Fulham have shown some resilience in recent weeks as their battle against the drop continues. They remain in the drop zone but have taken points off both Leicester and Liverpool to offer a blueprint of how they might survive. Southampton are the visitors on Boxing Day, but Fulham’s plans have been complicated with manager Scott Parker self-isolating after a positive Covid-19 case within his household. Parker himself has tested negative, but assistant Stuart Gray and first-team coach Matt Wells will take charge on Saturday.

When Mikel Arteta oversaw Arsenal’s FA Cup final victory over Chelsea in August, it seemed like the Spaniard was laying down a marker for a brighter future for the Gunners. Five months later, the two sides meet again at the Emirates with Arteta fighting for his job. Arsenal are languishing in 15th place in the Premier League, without a domestic victory since beating Manchester United at Old Trafford on November 1. Arteta himself said Arsenal were moving into a “crucial period”, starting with a game against their long-time rivals. More winnable fixtures against Brighton, West Brom and Newcastle will follow but patience is wearing thin amongst the Arsenal faithful.

Man in the middle

Nuno Espirito Santo will be happy to know that Lee Mason will be nowhere near his side’s fixture against Tottenham on Sunday. Nuno seems certain to face an FA charge after launching into a surprising attack on Mason following his side’s defeat at Burnley on Monday night – the governing body has asked for his observations on the matter – saying he did not want the Bolton official to take charge of one of his side’s games again. Paul Tierney will instead have the whistle at Molineux for a match which Wolves need to win in order to get back into the top half of the table. Their shortages in attack were once again in evidence at Turf Moor and Nuno will need to be creative going forward against a side with one of the best defensive records in the Premier League.

Allardyce up against it

Sam Allardyce’s return to the Premier League came with a bump as his West Brom side were comprehensively beaten 3-0 by Aston Villa on Sunday. With the Baggies second from bottom in the table and five points adrift of Brighton, the task gets no easier on Sunday as they head north to face champions Liverpool at Anfield. Allardyce has one thing in his favour, however, as he was in charge of the visitors the last time Liverpool lost at home, all the way back in April 2017 when Crystal Palace ran out 2-1 winners.