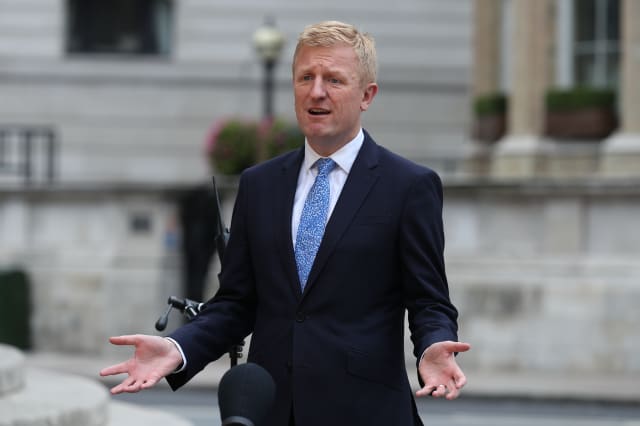 Oliver Dowden and the UK Government must recognise the severity of dementia in football and help in the effort to combat the condition, according to League Managers’ Association chief executive Richard Bevan.

Dementia in football is in the spotlight after the deaths this year of Nobby Stiles and Jack Charlton, both of whom were suffering with the illness, while Sir Bobby Charlton’s diagnosis was revealed last month.

A study in October 2019 found that professional footballers are three and a half times more likely to die of neurodegenerative disease than age-matched members of the population.

A letter has been sent to Dowden, the Secretary of State for Digital, Culture, Media and Sport, by a number of former footballers and politicians calling for a review into the link between heading the ball and dementia.

Bevan, a board member for the Alzheimer’s Society’s ‘Sport United Against Dementia’ initiative, told the PA news agency: “It’s important that we all support any campaign that is looking to generate awareness, raise funds, invest in research so we can support those suffering with dementia.

“A letter was sent to the Secretary of State, Oliver Dowden. Despite his reputation in football of not answering letters, let’s hope the Government really understand the importance of calling for more research and the recognition of dementia as an industrial condition.

“We really need to unite together in order to fight this condition and to provide the support that’s really needed for those who are suffering from it – be that from the Government, clubs, managers, players, coaches, fans and society as a whole.”

The DCMS had no official comment to make when contacted by PA about Bevan’s remarks although it says the contents of the letter will be considered, with a response to be issued in due course.

The LMA, the union for current and former professional managers which has many ex-players among its membership, has had significant feedback on the issue of dementia recently.

Bevan added: “We’ve been working and supporting a number of our members with dementia for a number of years now.

“On December 3 we wrote with an update on the key areas of support and we probably had the most responses to any letter I’ve sent to the members in my 13 years – and many from family members.

“In many cases the family members themselves are in need of support.”

Football Association chief executive Mark Bullingham confirmed this month that his organisation was meeting with representatives from the EFL and the Premier League to set the terms of reference for a discussion around heading in training at professional level.

Bevan emphasised the role experts would have to play on restrictions going forward.

He said: “What’s really important for us is to have consistent messages, increased awareness and a real focus on safety. Health and wellbeing should be the principle factor in all decision-making.”

As for his role with ‘Sport United Against Dementia’, Bevan added: “It is a ground-breaking campaign bringing the sporting world together for the first time in a truly coordinated effort to tackle dementia.

“Our focus is to support more research so we can better understand the links between sport and dementia.”

:: To find out more and donate to Sport United Against Dementia, visit alzheimers.org.uk/SUAD