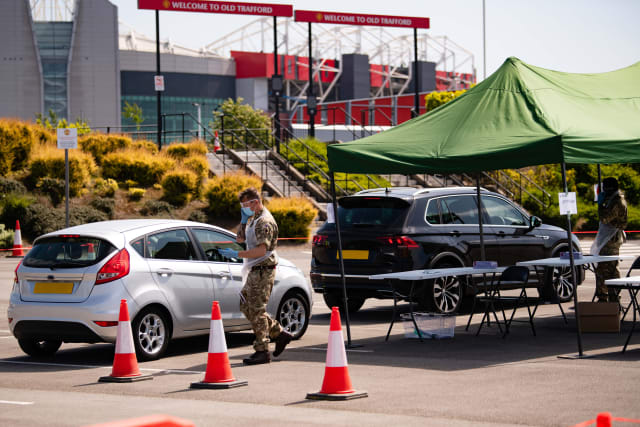 Premier League players in tier four areas will be tested for Covid-19 twice a week as soon as it is practically possible to do so, the PA news agency understands.

Players in the top flight have been tested on a weekly basis since the start of the 2020-21 season.

But testing at clubs in tier four areas will now revert to the level used during ‘Project Restart’ in the summer. The increased testing will be widened out to clubs in lower-tier areas from next month, it is understood.

The Government placed large parts of south-east and eastern England into tier four last weekend over fears of a new strain of the virus which is believed to be more transmissible.

The Premier League had said when it cut testing back to once a week at the start of the new season that it would keep testing levels under review.

The league’s latest figures were released on Monday night and showed there were seven positive cases out of 1,569 players and club staff tested.

Meanwhile, Ipswich physio Matt Byard has said football “may benefit from a ‘circuit breaker’” after the recent coronavirus outbreak at the club.

Positive tests at the Portman Road outfit – including for manager Paul Lambert – led to the postponement on Monday of their League One match at home to Northampton on Boxing Day and the trip to AFC Wimbledon on December 29.

The club have subsequently released a statement which said general manager of football operations Lee O’Neill was the latest to test positive for the virus, joining Lambert and five players.

Ipswich said physio Byard was anticipating there would be more positive tests in the squad this week, and that it was the new variant strain that had hit the club.

And Byard said: “Personally, with so many clubs affected by this presently and this new strain development, football may benefit from a ‘circuit breaker’ before a return to playing securely.”

The Tractor Boys’ League One rivals Peterborough and Sunderland have also recently postponed fixtures due to positive tests.

Ipswich’s training ground has been closed and players and staff told to stay away from the club.

Byard told itfc.co.uk: “We have only had two cases here in nine months (Kayden Jackson and Matt Gill) so to get seven in one week is alarming.

“I have looked at every avenue and the only scenario for transmission has to be our match against Burton last week and because it seems to have been passed on in a matchday environment, it is confirmation of a new development.

“We are doing things the right way. We always have done.

“This new strain of the virus clearly transmits far quicker than the original Covid strain and we have the data and symptom profile that confirms that is what we are dealing with here.

“We have tested all the playing and coaching staff and – from the results – we can detect the level of infection and see the patterns emerging, however it’s the speed of the transmission that tells us it’s the new strain.

“We will be re-testing all the staff on Wednesday who have previously tested negative and I do have concerns that there will be more positive cases.

“We have been complimented by the EFL for the procedures we have had in place at the training ground and on matchday – and that is one of the reasons they have become very concerned over the latest developments.

“I know the EFL are looking at bringing in extra measures, with maybe more testing for example. I have always supported routine testing to secure a return to playing programme.”