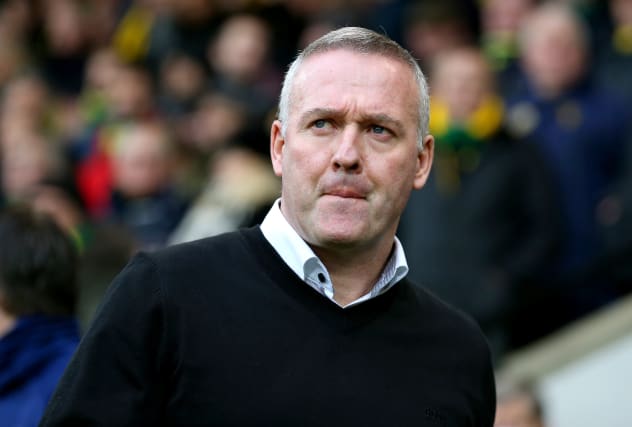 The Premier League and EFL are stepping up their efforts to limit the spread of coronavirus as fears grow over a mutant variant of the virus which is believed to be more infectious.

Top-flight players in tier four areas will be tested for Covid-19 twice a week as soon as it is practically possible to do so, the PA news agency understands.

EFL clubs are reviewing the mitigations they are taking to limit the spread, with the physio of League One club Ipswich, Matt Byard, saying a temporary suspension of play could act as a “circuit-breaker” and the club’s manager Paul Lambert concerned the system is operating “on a wing and a prayer”.

Players in the top flight have been tested on a weekly basis since the start of the 2020-21 season, but testing at clubs in tier four areas will now revert to the level used during ‘Project Restart’ in the summer. The increased testing will be widened out to clubs in lower-tier areas from next month, it is understood.

The Government placed large parts of south-east and eastern England into tier four last weekend over fears that a strain of the virus is in circulation which is believed to be more transmissible than previous ones.

The Premier League had said when it cut testing back to once a week at the start of the new season that it would keep testing levels under review.

The league’s latest figures were released on Monday night and showed there were seven positive cases out of 1,569 players and club staff tested.

Ipswich are one of a number of EFL clubs who have been forced to postpone matches due to a coronavirus outbreak, and physio Byard has said football “may benefit from a ‘circuit breaker’”.

Positive tests at the Portman Road outfit – including for manager Lambert – led to the postponement on Monday of their League One match at home to Northampton on Boxing Day and the trip to AFC Wimbledon on December 29.

Other EFL clubs who are currently experiencing similar issues include Millwall, Peterborough, Sunderland and Bristol Rovers.

Tractor Boys boss Lambert said: “We are, for me, getting led on a wing and a prayer with it.

“I think we have been tested, I would say since we have been back in July, about six to seven times. In between that, then it’s been mayhem.

“Nobody knows if we are going into games with the virus or not. This is for me where it is wrong.

“It should be the same for everybody else because you are putting people’s welfare at risk. I picked it up and it’s not great, definitely not a great thing to catch.”

Asked about the possibility to pause the season now and extend it into June, Lambert said: “Yes you could, because League One and Two – no disrespect, but they don’t have too many international players that need to go into the Euros.

“I don’t think anybody would have any grievance on that. But there’s got to be a safer way, and a fairer way to get through. Whether it’s the testing… At the minute, I know for a fact, and I can only speak because I have had it, it’s not working.”

The EFL said its clubs would be “reviewing and further strengthening their COVID-19 protocols to help minimise the transmission risk” but that this would still only cover mandatory testing where players or staff are showing symptoms.

League-wide testing is conducted at strategic times during the season, with the next set scheduled for the week beginning January 4.

It is understood measures which will be looked at include keeping time in indoor environments on club premises to an absolute minimum, a review of the use of gyms, changing facilities, showers and catering facilities, using multiple coaches or individuals’ cars to travel to matches and limiting contact with anyone outside of a household bubble over Christmas.