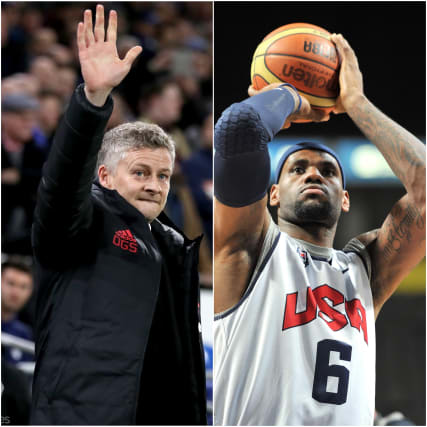 Here, the PA news agency looks at some of the best examples from December 22.

Harry Kane is a new ambassador for the Royal British Legion’s Tommy Club, to support veterans.

“Nailed it”. Andrew Robertson eventually gets his Christmas message across.

A bit of Mane magic.

The two-year anniversary of Ole taking the wheel.

The “most unlikely of heroes” for Manchester City.

John Terry has big plans for his wife’s 40th birthday.

Lee Westwood blamed it on the dog.

A big race in the Pietersen household.

Happy birthday to an Ashes great.

Faf Du Plessis has a theory to go faster…

A message of positivity from the seven-time world champion.

Romain Grosjean reminisced on his 2018 season with Haas.

Helen Glover was given a lesson in training.

The Bispings are ready for Christmas.

Another NBA season is about to start.

A worrying sight when your brother suffers a possible concussion during an NFL game.

But Derek Watt was fine.