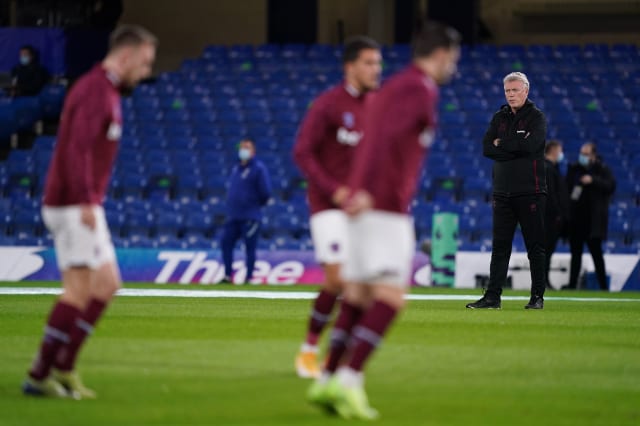 David Moyes does not expect West Ham to be too active in the January transfer window but knows the owners at the club will help if required.

The Hammers announced the signing of Danish defender Frederik Alves from Silkeborg for an undisclosed fee on Tuesday.

A Denmark Under-21 international, the centre-back will join up with the Premier League club on January 2 and has penned a deal until the summer of 2024.

It is unlikely be the first of many though as the 57-year-old was quick to point out at a press conference ahead of Sunday’s home fixture with Brighton.

“As far as the January transfer window goes, we don’t have any real big intentions of making signings but if we need it, the owners have said they would help if we require it,” Moyes said.

“Obviously that would be to do with injuries or anything else that crops up, so overall if we need it, we will try to go and get it, but we’re talking about January and it is not always a great market.”

Michail Antonio has not featured for West Ham this month due to a hamstring injury and his absence saw two replacement goalkeepers in Darren Randolph and David Martin named on the bench for the 3-0 loss at Chelsea on Monday.

Even with a lack of options in attack, it would not necessarily be the key area where they would look to do business in January if a deal was to arise.

Moyes added: “There is a good chance we would (go for a striker) because we have less options in that position, but it wouldn’t necessarily be there.

“We are continuously trying to build a good squad but more importantly a good team and where we are weak or short, we would probably try to look to get someone in.

Alves will not be involved against Brighton this weekend and may have to wait a while to be handed a debut.

The 21-year-old established himself as a regular for Silkeborg in recent seasons after a spell in Coritiba’s youth team, but is viewed as an addition for the future.

“He is a young boy from Denmark who we had our eye on in the summer,” Moyes said.

“He has come in for just over a £1million, so a little bit of business that will help us.

“We want to keep trying to add to our young players and make the squad younger as we go on.

“It is someone with potential, probably not for just now but a young player with a bit of potential and hopefully someone who will come good in the future.”