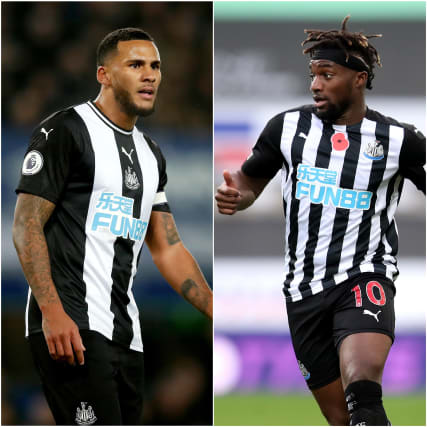 Jamaal Lascelles and Allan Saint-Maximin are among the Newcastle players recovering from coronavirus.

The Magpies have not identified the bulk of the players affected by the Covid-19 outbreak which forced the closure of the club’s training ground earlier this month, but the PA news agency understands skipper Lascelles and star man Saint-Maximin tested positive.

Both men have been absent since the 2-0 Premier League defeat by Chelsea at St James’ Park on November 21.

Head coach Steve Bruce revealed on Friday that two members of his squad in particular were suffering from the after-effects of the illness and could be out of action for weeks.

Lascelles watched Saturday evening’s 1-1 draw with Fulham from the stands and Bruce will hope his lay-off is drawing to a close with his defensive options having been severely depleted in recent weeks.

Javi Manquillo and Fabian Schar are also sidelined, while Federico Fernandez, who had returned to the side after recovering from the virus, lasted only until half-time at the weekend and was replaced by midfielder Isaac Hayden, another who had earlier tested positive.

French winger Saint-Maximin is arguably the club’s most creative player and his invention has been sorely missed.