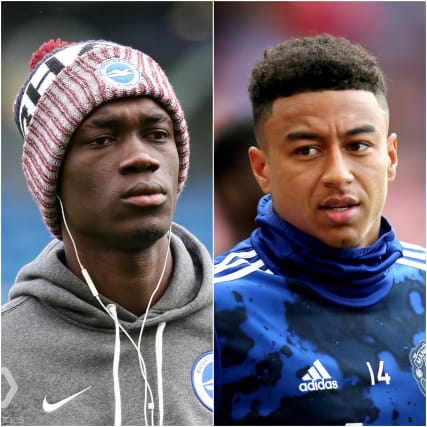 Manchester United have expressed an interest in signing midfielder Yves Bissouma from Brighton. The Daily Express reports United are one of six clubs keeping a close eye on the 24-year-old, with rivals Liverpool and Arsenal also in the running for his signature.

One player who could be leaving Old Trafford in January is Jesse Lingard. The 28-year-old is out of contract this summer and the Premier League’s bottom club Sheffield United have been linked with a move. Should the playmaker leave on loan, it would reportedly trigger a 12-month extension in Lingard’s deal.

The paper also says Manchester City will be open to taking offers for 24-year-old defender Oleksandr Zinchenko in the January transfer window. The Ukrainian was previously linked with a move to Wolves, who could be among a host of clubs willing to give Zinchenko a fresh start in the new year.

Sami Khedira could reunite with his former Real Madrid boss Carlo Ancelotti at Everton in January, according to The Sun. The 33-year-old midfielder is out of favour at Juventus and is open to a move away in the new year. Ancelotti was asked about Khedira before his side’s win over Arsenal and said: “I don’t think we are looking for him at this moment. Maybe in January.”

Olivier Giroud: Marseille have expressed an interest in signing the Chelsea and France striker, reports le10sport.

Kylian Mbappe: Real Madrid are confident of securing the 22-year-old from Paris St Germain in the summer, according to the website 90Min.