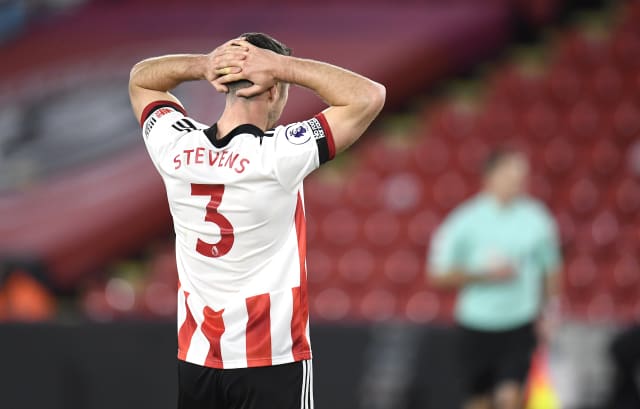 Sheffield United’s winless start to the season continued after their draw at Brighton on Sunday.

The Blades have just two points from their opening 14 games and here the PA news agency looks at the worst starts in Premier League history.

The Blades were expected to build on last season’s ninth-place finish but their campaign has been a nightmare.

Sunday’s 1-1 draw at Brighton, after Danny Welbeck’s late equaliser, was just their second point of the season.

Their other came against fellow strugglers Fulham, although Chris Wilder’s side have only lost by more than one goal three times.

Villa beat Bournemouth 1-0 on the opening day of the season but then failed to win again until January, earning just five points in their first 14 games.

Their biggest defeat was a 4-0 loss at Everton but by then Tim Sherwood had already been sacked and replaced by Remi Garde.

A 3-2 loss at Leicester, after being 2-0 up in their fifth game, was a major turning point and Villa were relegated from the Premier League for the first time.

Derby’s record Premier League low points haul came in the 2007-08 season when they won just 11 and six of them came in their opening 14 games.

A 1-0 victory over Newcastle in the October, thanks to Kenny Miller’s goal, was their only win of the season.

The Rams lost 4-0 to Tottenham, 5-0 to Arsenal and 6-0 to Liverpool during a disastrous opening.

The Black Cats set an unwanted Premier League record 14 years ago when they were relegated with just 15 points.

After losing their first five games they drew with West Brom and West Ham before beating Middlesbrough.

But Sunderland won just twice more all season and Mick McCarthy was sacked in the February.

A 5-0 defeat at home to Swansea was the worst possible start and while they got a creditable 0-0 draw with Chelsea there was little hope of survival.

The R’s first league win did not arrive until the 17th game when they beat Fulham 2-1.

Rangers finished bottom with 25 points, 14 points from the safety line, despite Harry Redknapp replacing Mark Hughes in the November.

Swindon did not win until their 16th match and collected just five points during their wretched start.

They started the campaign with four straight defeats and a goal difference of -12.

The Robins ended the season having conceded 100 goals.