Sports Personality of the Year Lewis Hamilton driven by ‘something different’ 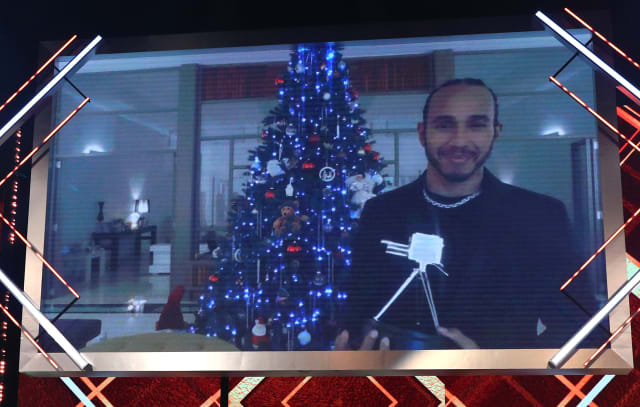 The BBC’s new Sports Personality of the Year Lewis Hamilton believes he has had “something different” driving him on in 2020.

The 35-year-old capped a memorable year on a personal level by winning the public vote for the prestigious BBC prize, after securing a record-equalling seventh Formula One title.

However, in a year notable for sports stars becoming effective campaigners in a wide range of areas, Hamilton’s advocacy for the Black Lives Matter movement was just as important to him as his exploits on the track.

Hamilton, who finished ahead of Liverpool and England footballer Jordan Henderson and jockey Hollie Doyle, told BBC Breakfast after his victory: “I feel like I’ve really found my compass this year.

“I feel like there’s this huge amount of work to do in so many areas. And this is really probably one of the first years I felt like I’ve had something different driving me at the core, pushing for diversity within our industry, using my voice for something far bigger than myself.”

“Our sport, it shouldn’t be a matter of where you come from,” he said.

“We’ve really got to fight for gender equality. It shouldn’t matter what your socio-economic background is or your religion.

“We’ve got to work together collectively and that’s really why I put the Hamilton Commission together, to try to find out really what the barriers are, break those down – it does go down to education.

“There are so many jobs within this industry. And it’s not about seeing the next ‘me’ come through particularly, it’s really about creating opportunities, equal opportunities, and (to be) reflective of the outside world.”

Henderson’s second-place finish completed a successful night for Liverpool, who won Team of the Year. Their manager Jurgen Klopp won Coach of the Year, having also collected FIFA’s best coach prize on Thursday.

Third-placed Doyle broke her own record for the most winners in a calendar year by a female jockey before enjoying a Champions Day double at Ascot – including her first Group One aboard Glen Shiel in the British Champions Sprint.

She said: “It felt unbelievable (to finish third) but it felt like I was picking it up for the horse racing industry, not just myself.

“I always thought that good things like this don’t happen to people like me but I’m just honoured to be where I am.”

The other three members of the six-person shortlist were heavyweight boxing champion Tyson Fury – who had asked to be removed from the list and urged his fans not to vote for him – six-time snooker world champion Ronnie O’Sullivan and England cricketer Stuart Broad.

“Growing up as a kid I felt if it was a 100 metre race I started 50 metres behind everybody else,” Rashford said on receiving the award.

“It was more difficult for me to do the basic things like getting to training, eat the right things, it was a nightmare of a situation to be in, but in the end I got to where I needed to get to.

“Once I got there I just had this thing that eats at me saying, ‘Make sure you make a difference for the next generation’.

“I think as a country we should protect them as much as we can and give them the best chance at life and to become whatever it is they want to become.”