From humble beginnings to seven world titles, the pride of Stevenage 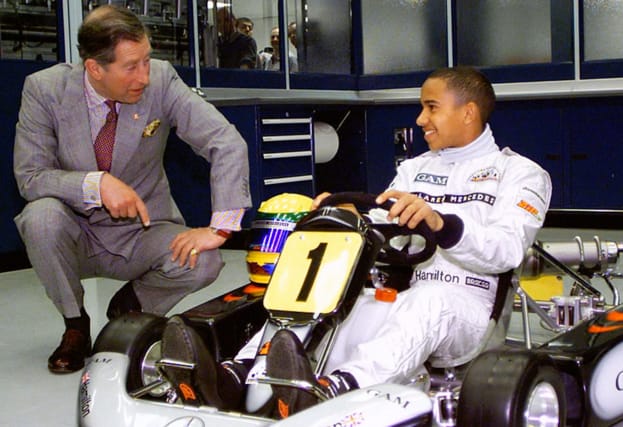 Lewis Hamilton last month celebrated his record-equalling seventh Formula One World Championship and yet more riches – a world away from his humble beginnings on a Stevenage council estate.

It is easy to forget, now that the newly crowned BBC Sports Personality of the Year has earned a fortune of some £250million and drawn level with Michael Schumacher’s title haul that many thought would stand the test of time, quite what a trailblazer the young Hamilton was.

Breaking down racial barriers during a prodigious career as a junior karter, he summoned the courage to seek out McLaren boss Ron Dennis.

Hamilton was aged just 10, and wearing a borrowed dinner jacket at a central London awards ceremony, when he asked Dennis if he could drive for him. Dennis wrote in the youngster’s autograph book: “Phone me in nine years, and we’ll sort something out then.”

Hamilton did not have to wait that long. Just three years later, he signed for McLaren and was provided with a magic carpet into Formula One as the most prepared driver in the sport’s history.

Once there, he would build on the natural talent drawn from his early career, which was funded by his father Anthony, who worked multiple jobs to set his son on the path to greatness.

On his debut in 2007, Hamilton became the first black driver to race in Formula One’s white-dominated world. He dazzled under Australian skies, before recording his first victory in June at the Canadian Grand Prix. Remarkably, he came within a single point of winning the championship in his debut year.

Twelve months later, and in typically dramatic style in Brazil, the moment arrived. Hamilton sealed his maiden title at the last corner on the last lap in the last race of the year.

He continued to notch up victories – 21 in all with McLaren – but a second championship would elude him there. The team were unable to provide him with a car quick enough to take the challenge to Sebastian Vettel, and Hamilton jealously watched on as Vettel reeled off four championships in a Red Bull superior to his McLaren machinery.

Disillusioned by failure, Hamilton, who had by now severed managerial ties with his father, considered walking away from the sport. He then took the brave decision to join Mercedes.

It was his move to the Silver Arrows which would act as a prelude to the almost unprecedented run of success which has seen Hamilton take six of the last seven championships, win 74 further races and stand alone as the man with more victories (95) and pole positions (98) than anyone who has gone before.

“Getting one world title was great and it was very tough to get the second,” Hamilton reflected in Turkey after sealing his seventh championship. “I had to make a big decision whether I stayed put and kept travelling along or do something more adventurous.

“I took that leap of faith to join Mercedes and I have won one after the other. I am just trying to count my blessings, but jeez, did I know we would win six world titles together? No.

“It says that in life you have to take that leap of faith and do what you think is right for you and not what people tell you to do.”

Increasingly a fixture of the celebrity scene, and the most recognisable F1 superstar since Schumacher won five consecutive championships with Ferrari at the turn of the century, Hamilton met his nemesis in the form of his old karting team-mate Nico Rosberg.

Although Hamilton claimed his second and third championships in 2014 and 2015, Rosberg would become the only man to beat him over a meaningful season. And, perhaps fearing he may never be able to reach such lofty heights again, the German retired just days after his 2016 triumph, denying Hamilton the chance of revenge.

His vengeance would instead come against another German. Vettel had now ditched Red Bull for the allure of Ferrari. Their battle was billed as a mouth-watering cocktail of the two most decorated drivers of their generation going head to head – but it was Hamilton who had more ice in his glass.

With Rosberg’s replacement Valtteri Bottas no match for Hamilton, further glory has been inevitable, and just as in 2017, 2018 and 2019, the Briton, aged 35 – and 22 years after he signed for McLaren – was on November 15 crowned king of the world with three races to spare.

It means the man from Stevenage, who was named BBC Sports Personality of the Year in 2014 and received the accolade for a second time on Sunday, will end his career as the most successful driver Formula One has ever seen and the greatest British sportsperson of his generation.