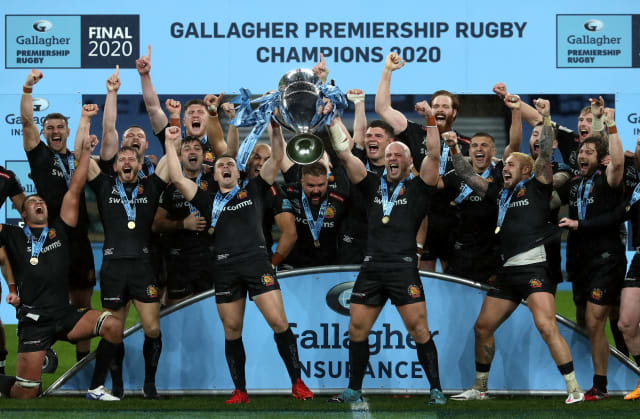 Premiership Rugby has reached an agreement to extend its long-standing broadcast deal with BT Sport by a further four years.

Subscribers will be able to watch up to 80 live games – 69 Gallagher Premiership matches and 11 Premiership Rugby Cup ties – each season until 2024.

BT Sport managing director Andy Haworth said in a statement: “This has been an extremely difficult year for sport.

“This is a partnership that extends beyond the TV screen, and we hope this agreement helps to give rugby clubs in the UK some certainty for the future in these difficult times.

“We will continue to play our part in bringing the best TV coverage of top-flight club rugby to our viewers whilst they are not able to attend live sport.”

Premiership rugby has been screened live by BT Sport since 2013.

With fans unable to attend live sport due to the coronavirus pandemic, every match from each round of fixtures has been made available to BT subscribers, while eligible club season-ticket holders have been able gain free access to home games on the BT Sport App.

“We are pleased we have reached an agreement to extend our partnership through to 2024.”